Today’s post was almost a flop and I was of two minds about sharing it with you. Part of me wanted to leave this recipe in the files under “tried it and it didn’t work,” but the other part of me had this nagging feeling that it was my fault, not the recipe’s fault and I should try again. Any other time of the year, I would totally try the recipe again immediately, but this is an extra busy time. I made the nuts the first time late Tuesday and didn’t have the heart to try to again right away. Yesterday, we were busy out of the house from mid morning until after 9pm and going into the kitchen when we got home was really the last thing I wanted to do. Fortunately, this morning had cleared up at the last minute and I decided to give this recipe another go. This time, I was successful.

Here is my first batch of Candied Peanuts. 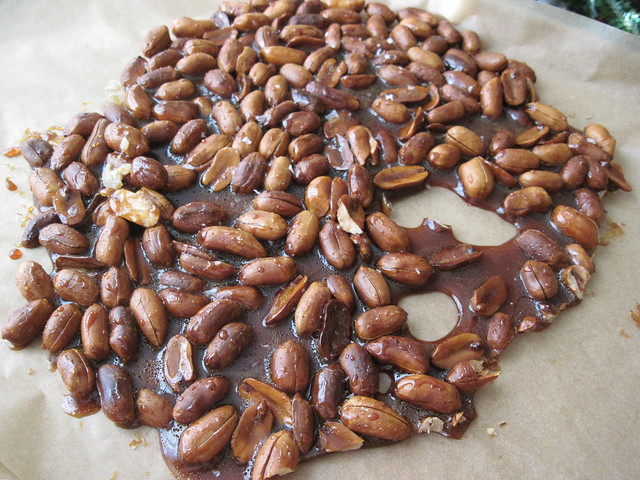 They don’t look too bad, right? They were are definitely edible, but so not what they were supposed to be, which is like this. 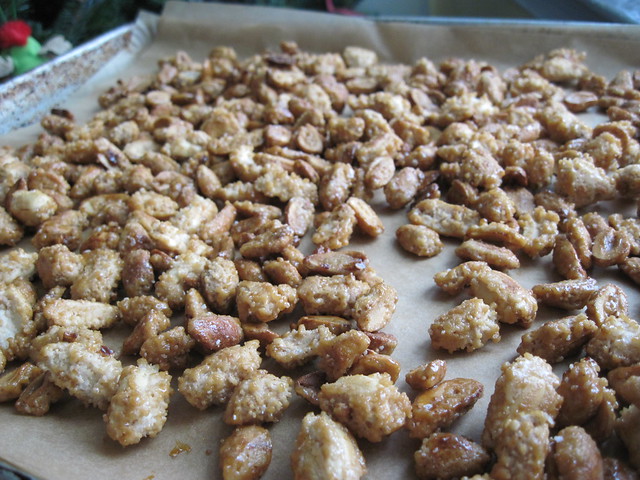 Look familiar? Yes, there’s a candied nut booth at almost every fair I have ever been to and there are candied nut stands scattered all over most big cities in the world. The smell is intoxicating and has stopped me in my tracks sometimes while I am walking by. Now, that smell is right in my own home and it is wonderful! 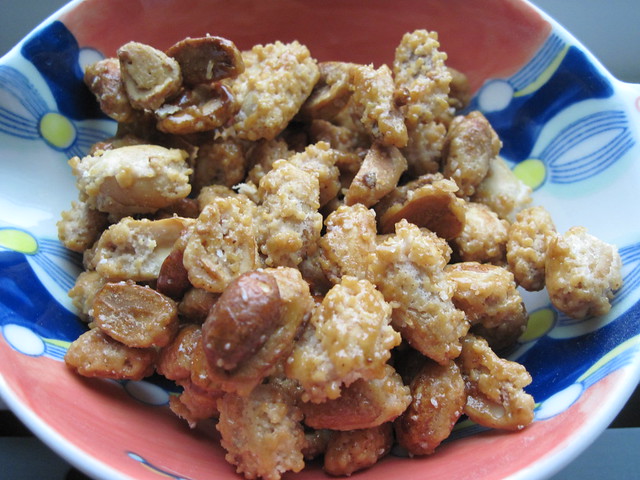 So what was the problem with the first one? I think it was my pan. I used a much smaller pan the first time, a 10 inch pan. Today, I used a 13 inch pan, which I think helped the water evaporate off much faster and did not concentrate the heat as much. I used the same level of heat and did not stir until the water started bubbling. Then, I stirred, but not too vigorously. 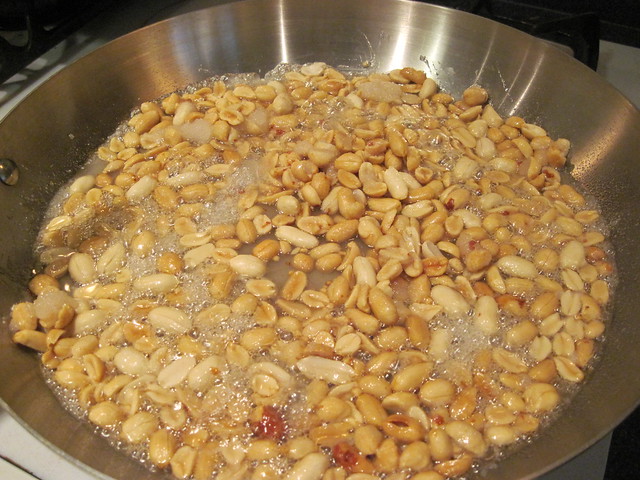 Once the sugars crystallize, you are home free. Just a few minutes later, you will have a whole bunch of yummy candied, caramelized nutty goodness. I used to like those candied peanuts that have that reddish bumpy shell. These remind me of those only better and probably much better for you since it’s just sugar, nuts, and a little salt. 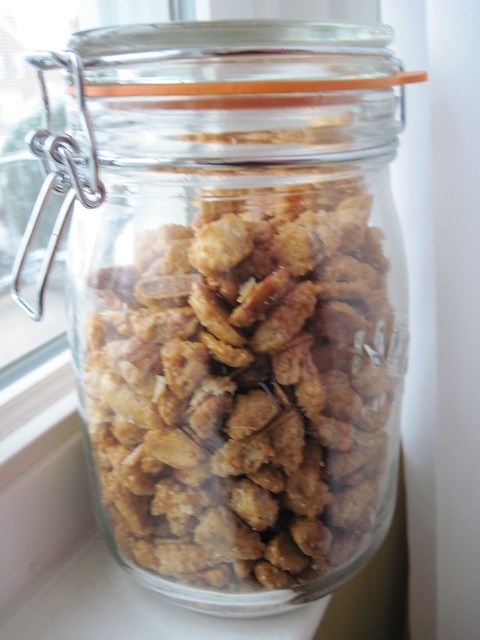 They would make a great gift, but I am not sure we’ll be giving these away. I’ll let my family decide.

And what did I do with that first batch, you ask? Well, I’ll tell you. First, I ground them up. 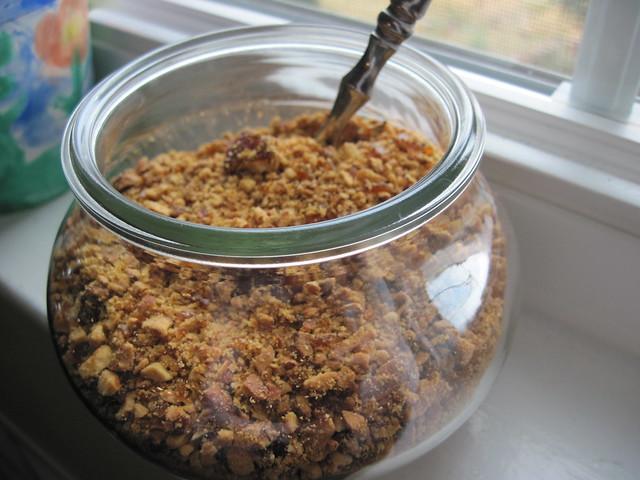 Now, we’re going to use it as an ice cream topping or maybe I will mix it into some chocolate bark (hint for a future post) or a topping for a cake. Even though it did not turn out the way I intended, it is still useful for something.

Don’t forget to leave a comment today for another chance to win the Christmas treats box! Every day is another opportunity.

Oh, and another thing, one of my gluten free friends reminded me yesterday that most candies are gluten free. In fact, all the things I have made so far are gf and I can definitely customize the box a bit to make it gf, so feel free to enter if that’s an issue for you and if you trust me:)