In our house, we do not partake of fudge often. The husband dislikes it strongly. You could say he hates it, but hate is such a strong word that we discourage its use. The boys like fudge ok and I like it in small quantities. Do you remember when fudge was quite a “thing”? There used to be a place in downtown Baltimore in the touristy part that sold fudge and the employees would sing and act while they stirred the fudge on a huge marble table with giant paddles. I always loved watching that show, plus they gave out samples at the end. 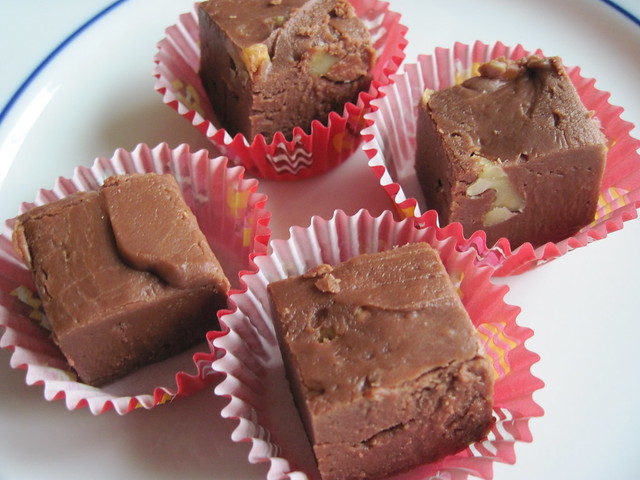 Good fudge has a reputation for being difficult, though there are many simplified recipes out there, I really wanted to make a true fudge, one that did not rely on shortcuts. It actually took quite a bit of digging to find a recipe that only used sugar, chocolate, and cream. Ok, there’s a little bit of corn syrup in there as well, but I am finding that most candy recipes call for this ingredient. It keeps sugar crystals from forming in candies and since it is not as bad as that high fructose stuff, I have made my peace with it. 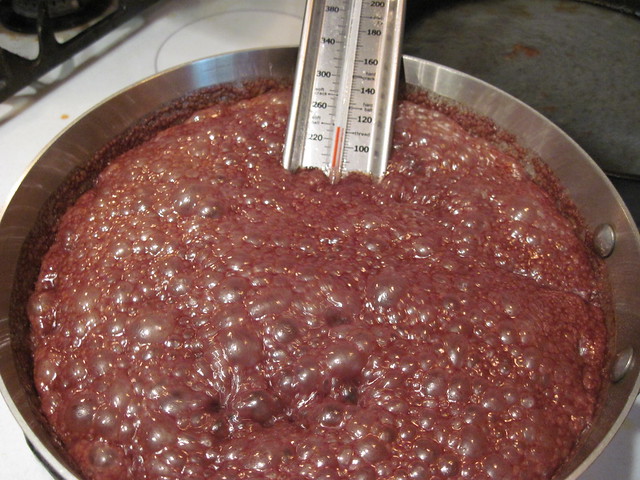 We found that fudge is really not all that difficult to make. Like many of the candies we have made, all the ingredients go into the pot, everything gets stirred up until it is combined, and then you boil it until it reaches the right temperature.

In the case of fudge, after that temp is achieved, it then has to sit around until it has cooled to a certain temp as well. Then, it has to be beaten until thick (hence the giant paddles at the store). 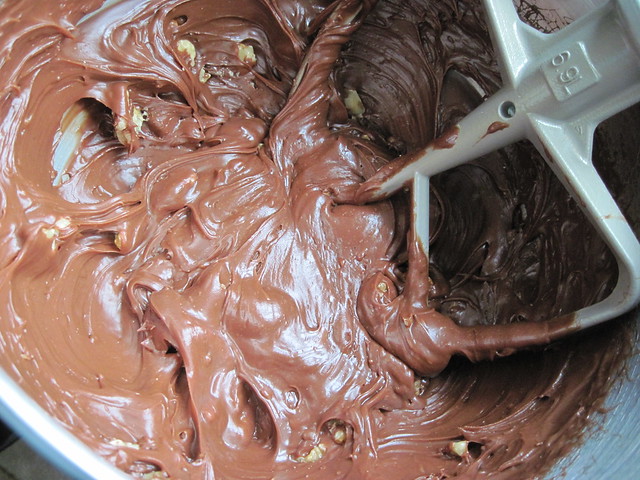 I wouldn’t say it was hard, just time consuming, though most of the time is spent waiting around. 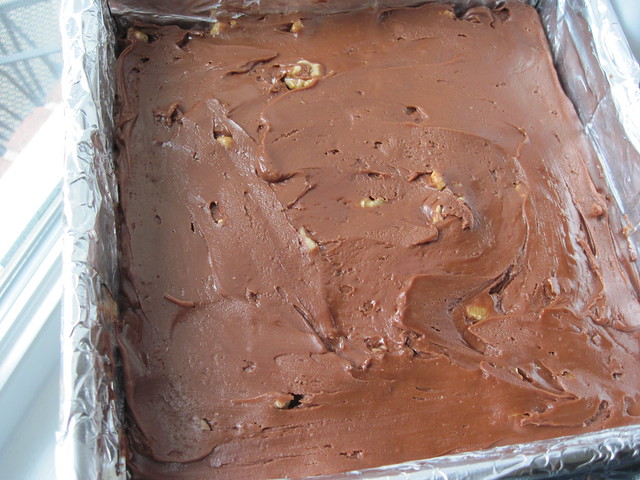 In the end, we had some really great fudge. It was creamy and smooth and not as sweet as other fudges we have had. The beating also made the texture a little bit lighter. Walnuts were a great addition. 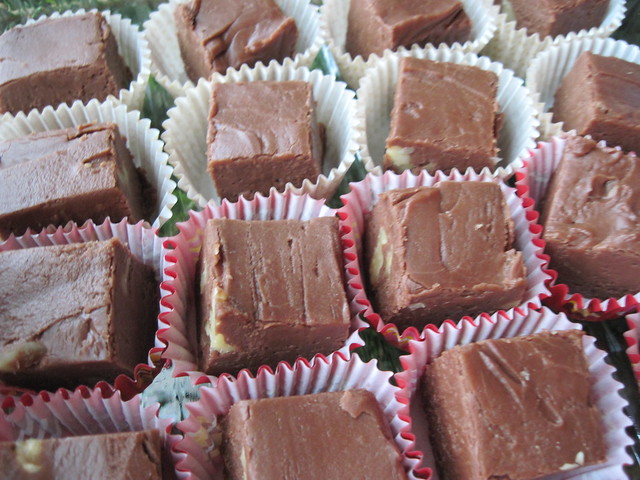 Well, this recipe did not change the husband’s mind about fudge. He still really dislikes it, but I personally really liked this fudge and the boys liked it, too. I thought it was better than most other fudges out there and would make it again. Next time, I want to try making it with goat milk. It would be fun to play with different flavors and mix-ins. Any suggestions?