It’s All Getting Away

Well, it seems like every time I blink, two weeks passes by.  How does this happen?  I don’t know, but I hear it happens to everyone, so I am trying not to let it get to me.  There’s a lot happening around here and most of it is good, I think.  Here are some things I have been working on, in no particular order.

First: Knitting. The last time I talked knitting, I was trying to decide what to knit while watching the Olympics.  I ended up deciding on a sport weight pullover called Polwarth by Ysolda Teague.  Out of my stash, I dug out some sport weight yarn called Brigantia by Spirit Trail Fiberworks that is a polwarth and silk blend. 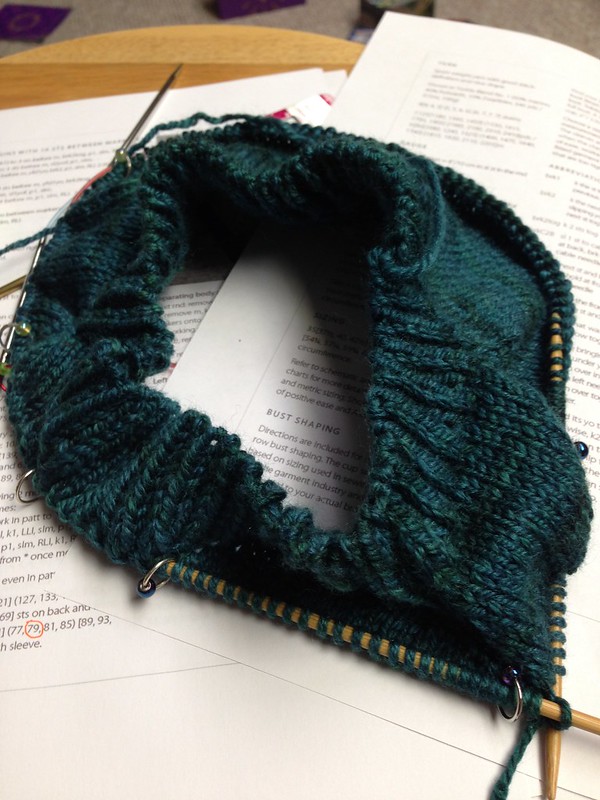 After doing a quick gauge swatch, I cast on during the opening ceremonies and attempted to do brioche stitch for the first time while watching.  For the most part, I did not find the brioche stitch all that challenging, but the little triangle gave me some trouble.  The shaping directions for the triangle were a bit confusing, but I muddled through.  I think it looks pretty good, but not perfect. 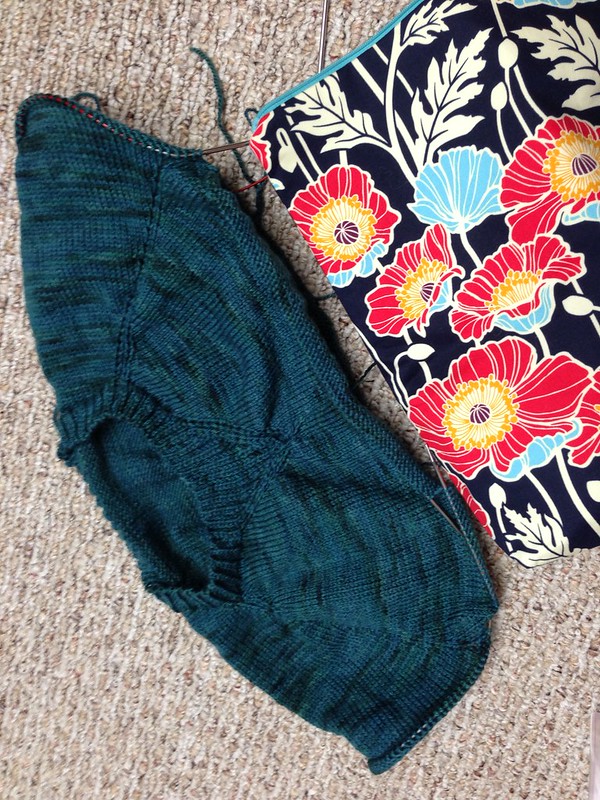 The rest of the sweater is mostly stockinette stitch, which is great for watching sports.  Unfortunately, by the time the second week came around, I was growing bored with it and for some reason, the track and field events were not holding my attention as well as the swimming in the first week.  Despite my ennui, I plodded ahead and by the end of the closing ceremonies last night, I had finished all but half of a sleeve. 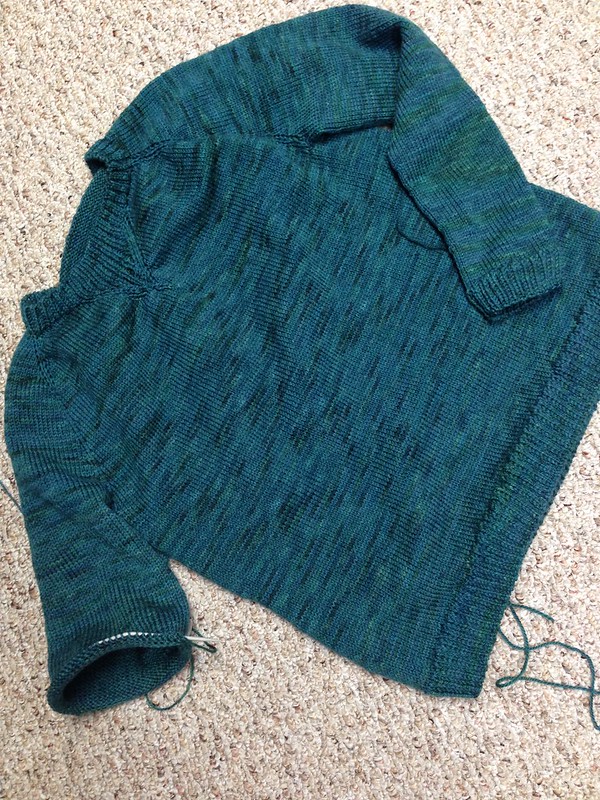 Even though I did not finish, I am pretty happy with how much I got done, considering I really only knit while watching the olympics.  The last half sleeve should only take another night or two of knitting and then I’ll have a new sweater!

Second: Baking.  Blueberry season is pretty much over (sad face) and peach season never arrived up here in New England.  A couple of frosty days in February and March killed almost all of the peach crop in the New England states.  We’ve had to rely on the grocery stores for our peaches (another sad face).  Last week, I was able to score a bunch of organic peaches that were pretty good and was really happy to make these peach buns. 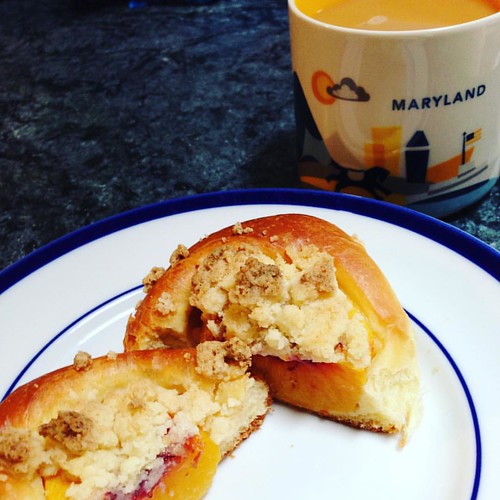 These are my version of the traditional Baltimore Peach Cake and to say that we love them would be an understatement.  Since I posted this picture on Instagram, I’ve had a few requests for a recipe.  It’s really something that I have cobbled together over the years by combining a brioche recipe and a crumb topping recipe.  All you need is a good brioche recipe (here’s one if you don’t have one) and your favorite crumb topping recipe.  Combine those with peaches and you have a wonderful fruity breakfast or afternoon snack bun.  I froze a bunch of blueberry ones, which I think will be good.  The peach ones do not freeze well and are best eaten within 24 hours, just so you know. 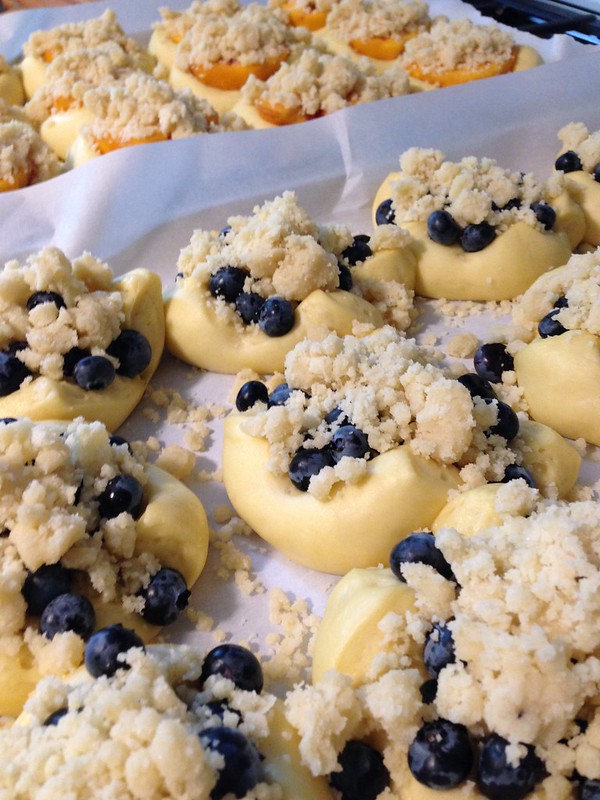 Third: Sewing/Quilting.  Gift quilts are so tricky to sew because I can’t show any photos anywhere until the recipient receives it and then sometimes I just forget.  So here are two small ones I have finished in the past year.  The first is a baby quilt for a dear friend. 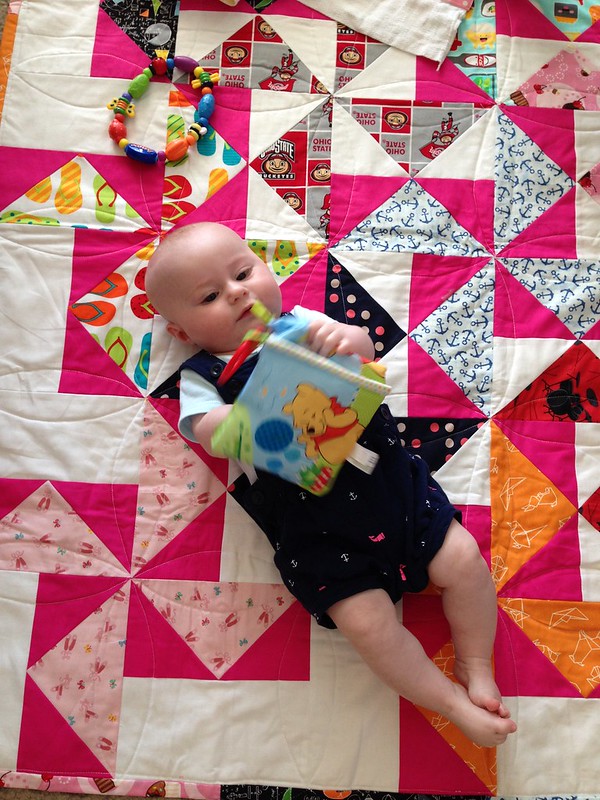 If the fabrics looks odd, it’s because 13 different people went out and picked a fabric to represent themselves and sent them to me to put together a quilt.  It was really fun to see what everyone picked and a fun challenge to figure out how to put them together in a quilt.  I just realized I don’t have a photo of the whole quilt, but that’s ok.  I love that it is being used by that cutie pie!

The second quilt is for my dad that will go well with in his log cabin in the woods. 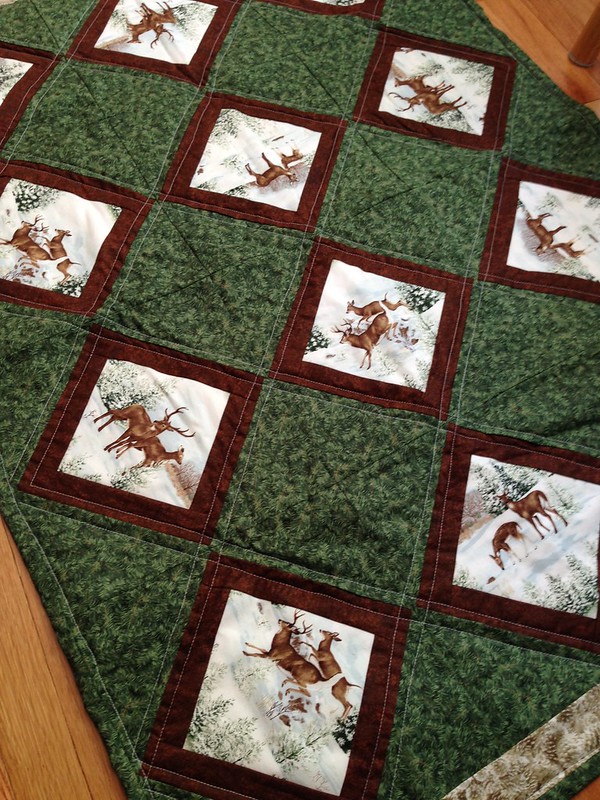 He picked out the fabric a couple of years ago and I finally got it finished (almost-I was a week or so late) in time for his birthday last month. 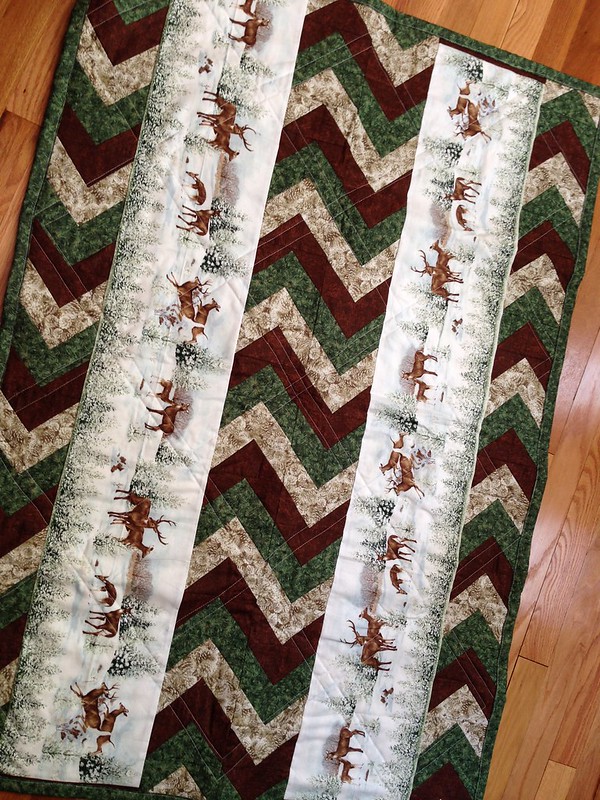 I made the front and back different so that it could be displayed in two different ways.  It was more work that way, but I like the way it turned out.  Hopefully, he does, too! 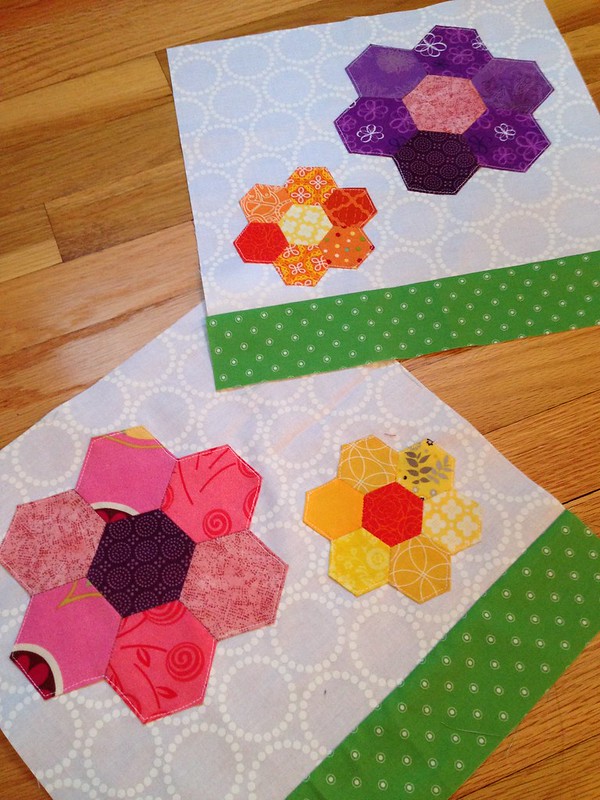 I’ve also finished another couple of blocks from my craftsy block of the month class.  Sewing progress was minimal the last couple of weeks because of the heat and all the knitting I was doing.  I’d like to get back to that and finish off the blocks for the class and then get back to sewing the Splendid Sampler blocks.

Fourth:  I have a bad case of wanting to start lots of new projects. 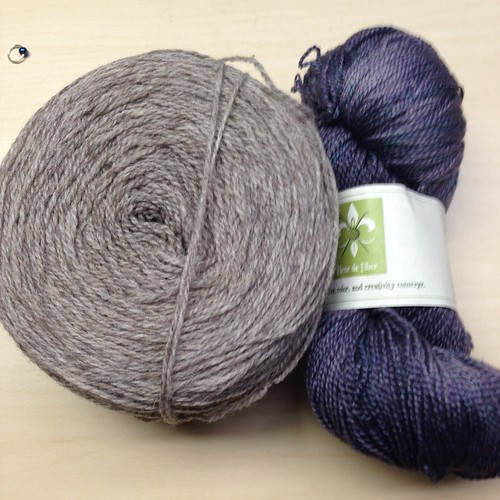 Today, I plan to cast on a mystery knit along shawl by SusannaIC using the yarn above, and I want to join in on the Fringe Association’s Top-down sweater knitalong.  That last one might just take more brain energy than I have right now.  There are about five other sweaters I would like to start as well as a couple of other little things. Oh, if only there was more time in the day!

What do you want to work on today?