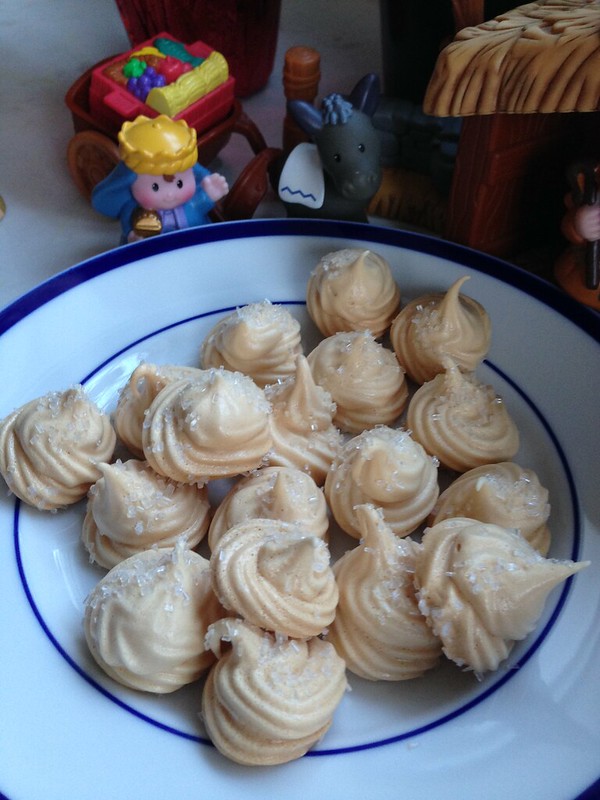 But, that’s all changed now and, even though these are far from perfect, I am sure it won’t be the last time I make them.  In fact, it may be my new favorite thing to do with a few egg whites hanging around.

I had 4 egg whites leftover from making some other cookies (they will remain unnamed because they did not make the cut for this series), so it was a pretty easy decision to make these. 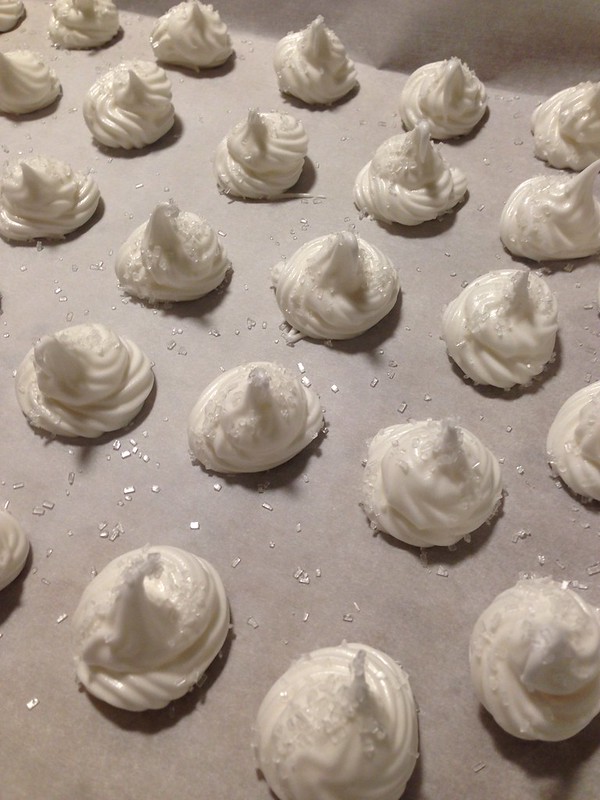 They came together rather well, but I did run into a snag while shaping them.  I was hoping to make them pretty by piping them, but none of my piping tips were large enough to make the pretty ripples that are pictures with the recipe.  So, they don’t look as tidy and pretty as I would like.

Also, I think I must have over baked them because they turned a light brown color instead of staying pristinely white.  They were meant to look pure white and sparkly. 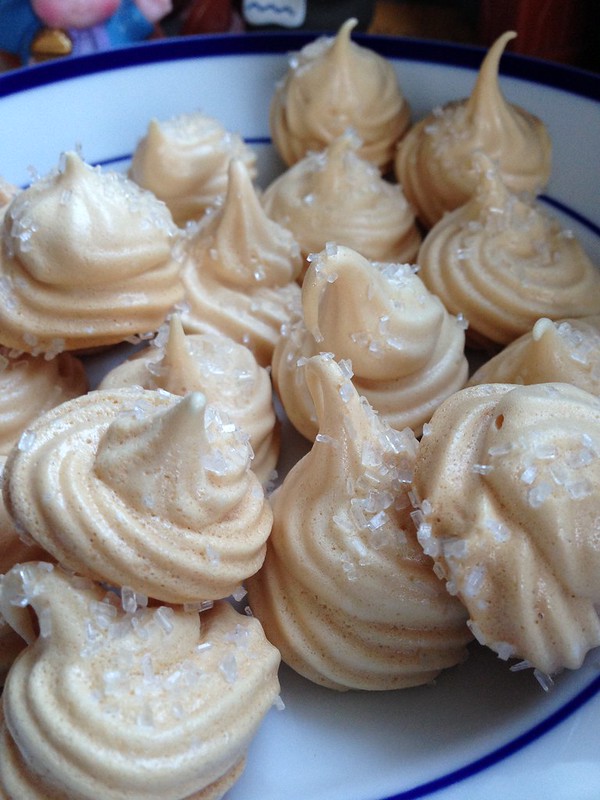 Despite their appearance, though, they taste fine.  They are light as air and melt in the mouth.  One can eat of lot of these without feeling the slightest bit guilty.  That’s a good thing this time of year when overindulgence is the norm.  I will definitely make them again, though I will probably lower the temperature of the oven to try to keep their white color.  And, I’ll look for a giant star tip to help make them pretty.

Here’s a link to the recipe I used.  I like this one for its ratios, especially because there is less sugar, but like I said above, it might turn out better with a lower temperature.

Don’t forget to leave a comment for an entry to my Christmas Treat giveaway.  Tell me about your favorite stocking stuffer, to give or get.  I love to get yarn in my stocking (not a big surprise there!) and I love to give small knitted gifts.  Barring those, chocolate is always well received!