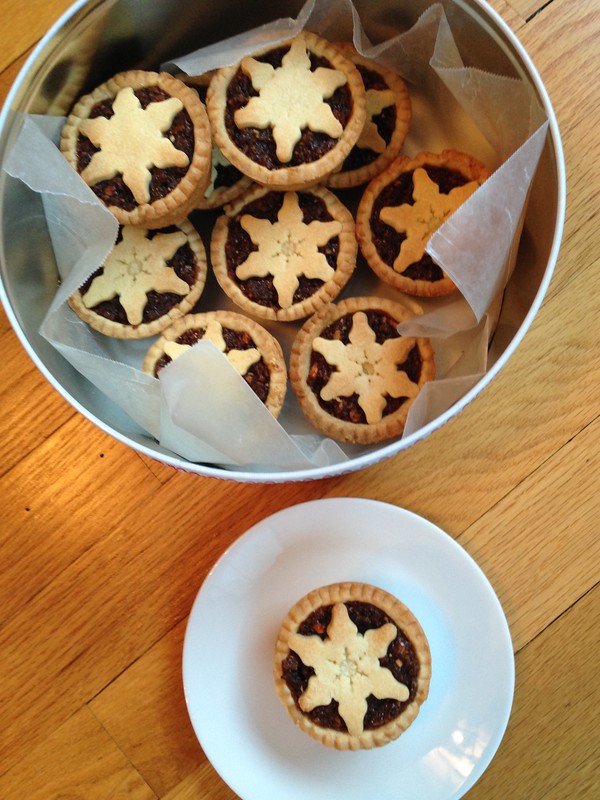 I don’t really remember how I first heard of this traditional treat, but from the beginning, I think the associations with it were negative.  That could be because traditionally (like from a long time ago when there were serfs and lords), mince pies had meat, meat fat, nuts, and dried fruit in them.  All those things are minced up, mixed with spices and baked in a pie.  The combination is not one that fits most modern food cravings. 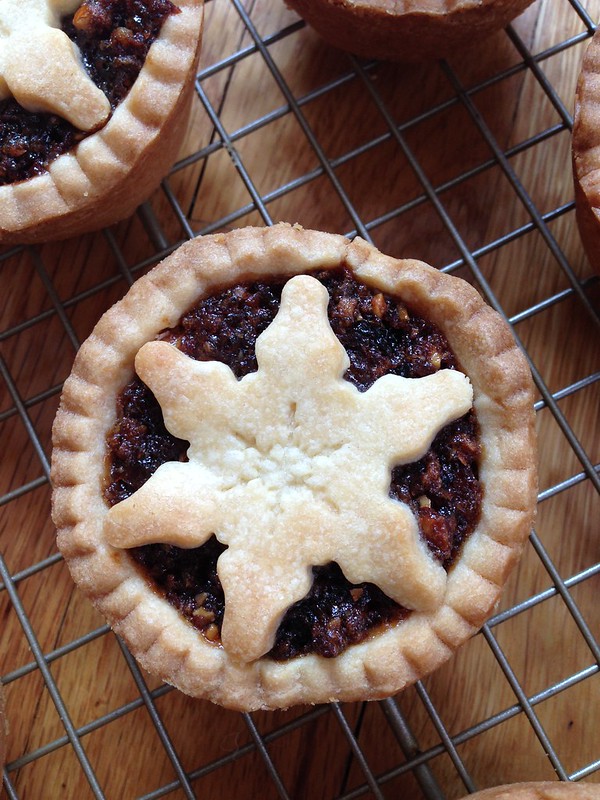 However, nowadays, most mince recipes do not call for any meat or meat fat.  There’s just butter, dried fruit, nuts, and spices.  It all sounded good to me and besides, can anything in a pie be all that bad? 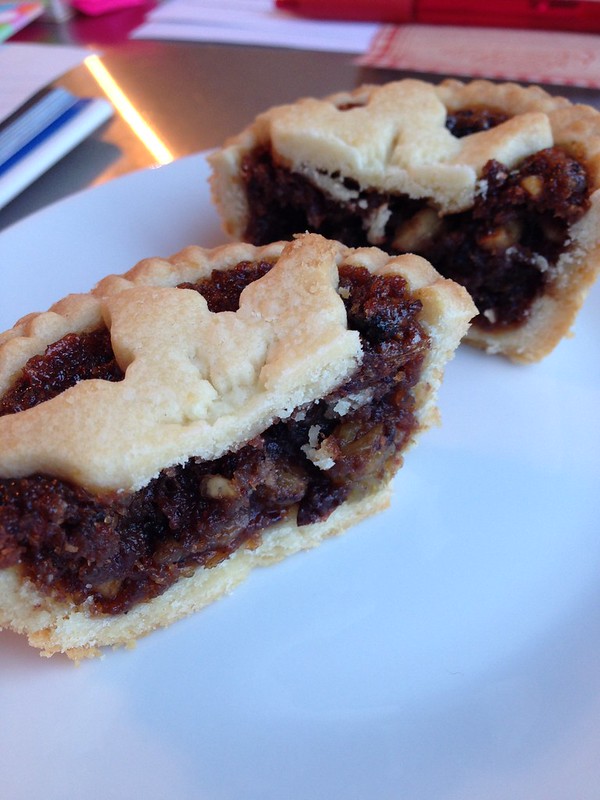 Well, as it turns out, it’s quite good and I think most of us are missing out on this lovely treat. 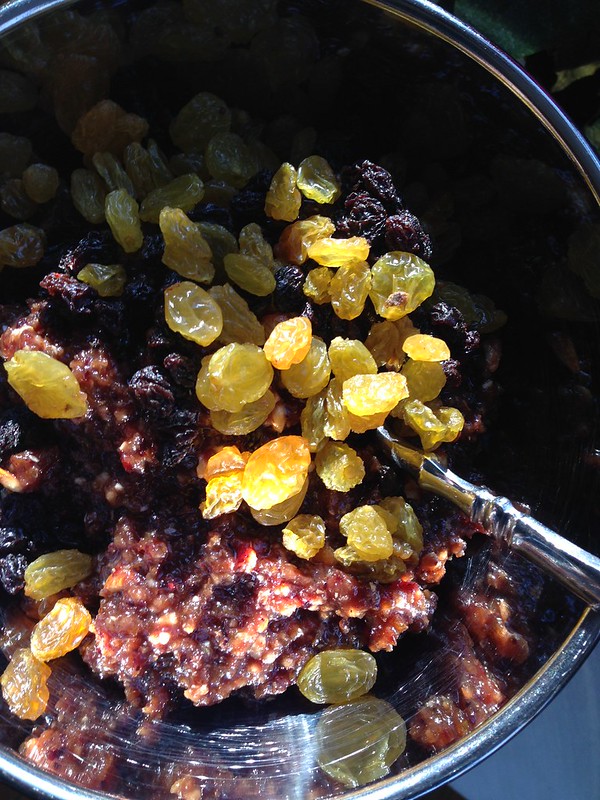 To make this, I first started by making mincemeat.  Many recipes call for store bought mince, but I wasn’t sure about those mixtures.  So, I used the mince recipe from here, except for the fruit, I used some of my Rummy Fruit Mix that had already been marinating for a few weeks.  Also, I only made half the recipe of mince. 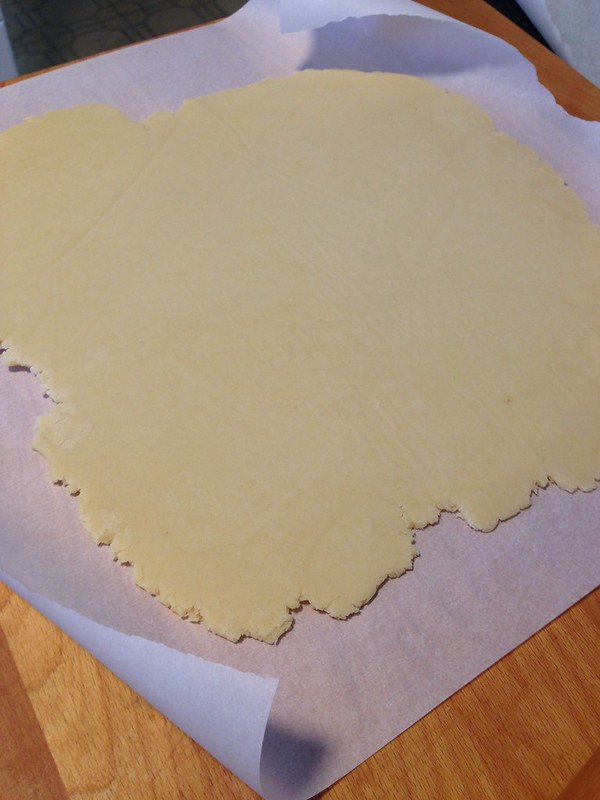 For the pastry, I used a basic Pate sucree (sugar pastry dough) recipe from Baking Chez Moi.  Fitting the dough rounds into the muffin cups was the trickiest part. 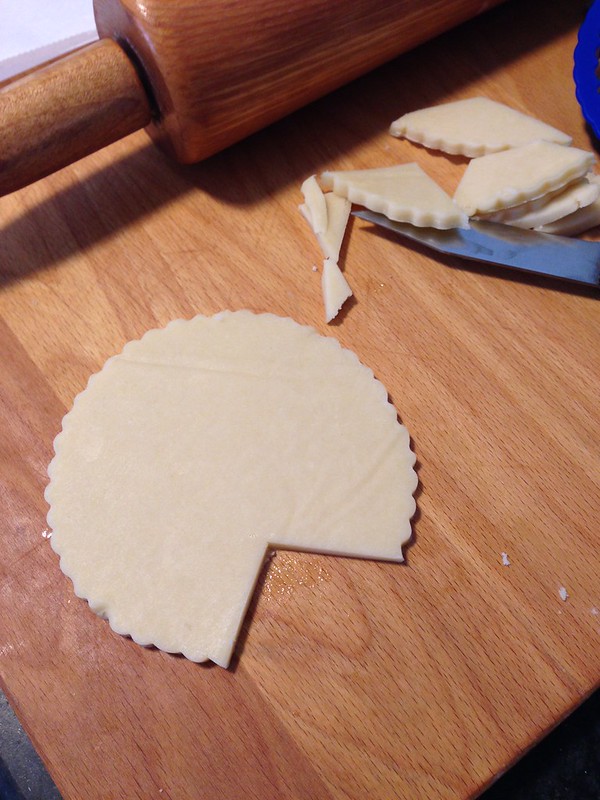 I ended up cuting out a wedge to help them fit better.  This dough is really great for things like this because it patches really easily and it has a lot of butter which will help it to release from the pan. 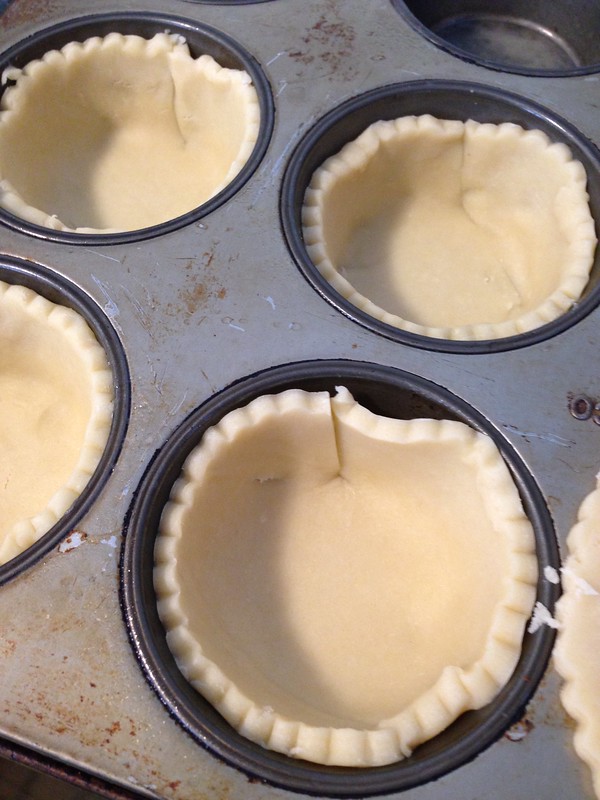 For the top, I opted for some cut out snowflakes to make them look festive. 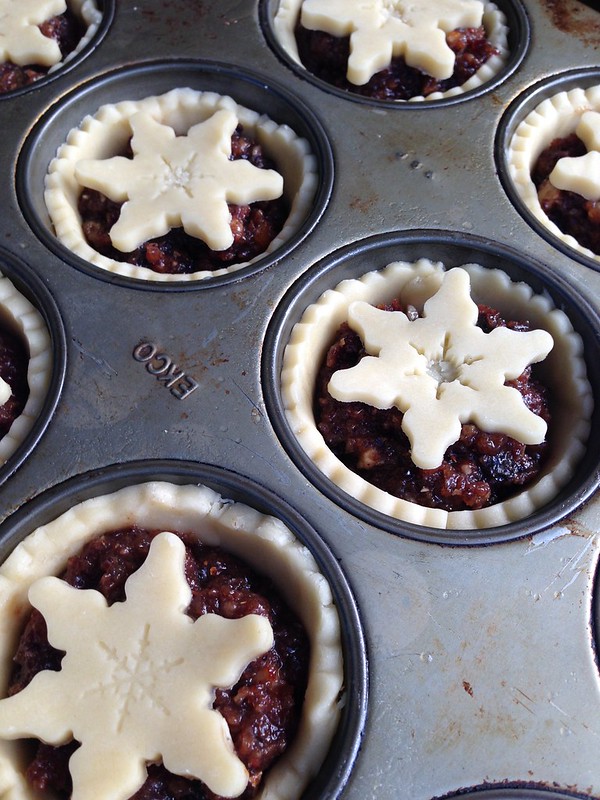 They baked for about 30 minutes, and then came out of the pan with no trouble at all.  Aren’t they pretty? 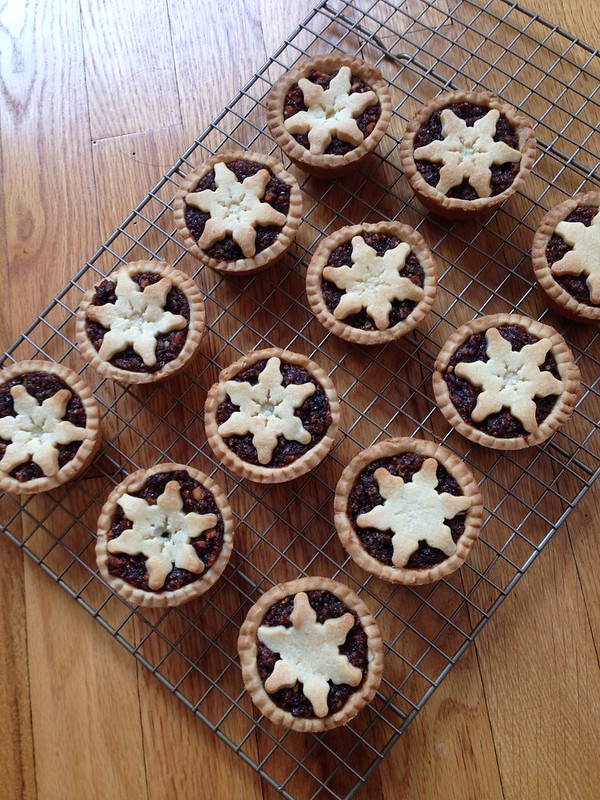 I am really pleased with how they turned out.  But how do they taste?  They taste great!  The filling is sweet and fruity, with a strong rum flavor.  It’s like eating fruitcake without the cake, so if you like fruitcake, you will definitely like mince pies.  It’s a little concentrated, so I think a few more nuts or making smaller pies might be a better balance.  Oh, and the pastry goes just right with the filling.  I love that dough and will be using that again for future pies for sure. 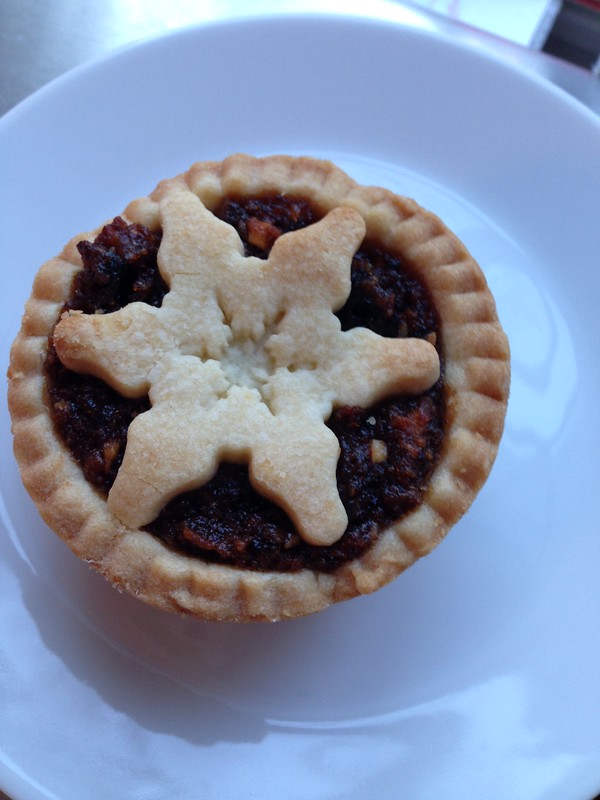 This is one of the things I love about trying new recipes and techniques–It’s exciting to discover something new and unexpectedly yummy.  The only think I regret is halving that mince recipe because it only made twelve.  Between the four of us, those will last about a day if we aren’t careful.  These are supposed to keep well for a long time, so now I wish I had made dozens!

Are you trying anything new this Christmas?  Tell me about it in the comments and get another entry into the Christmas Treat giveaway.