No Spring in Sight 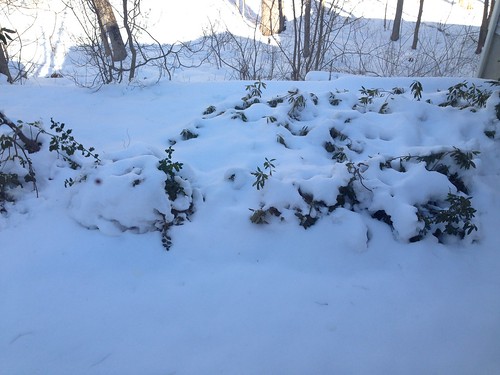 The end of February meant also the end of the Through the Loops mystery sock knit along I mentioned last time.  To my surprise, I was actually able to keep up and get them finished on time.  This might be the first time I’ve ever done this as I am notorious for being easily bored and distracted, especially with socks. 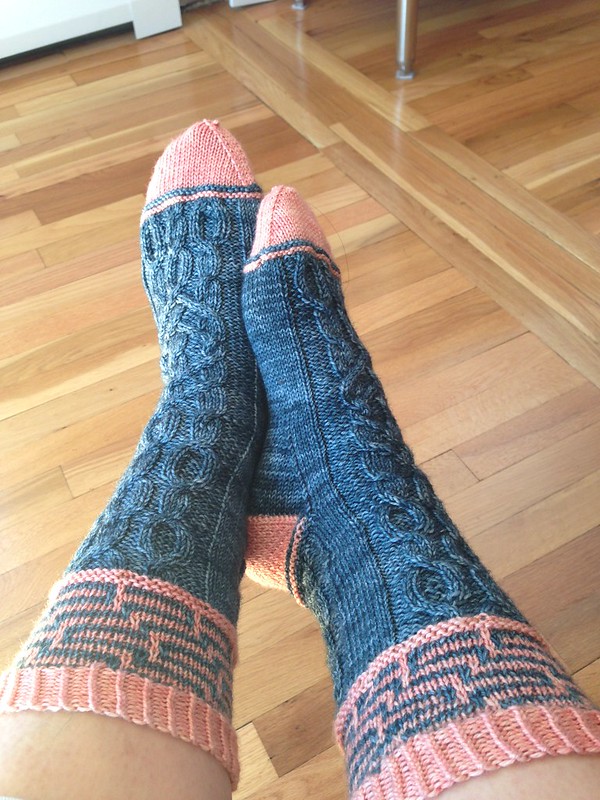 I tried knitting both socks at the same time with this pair and was rewarded with a completed pair of socks at the end of the knit along.   Maybe this is the cure to Second Sock Syndrome?  It worked for me this time, anyway. 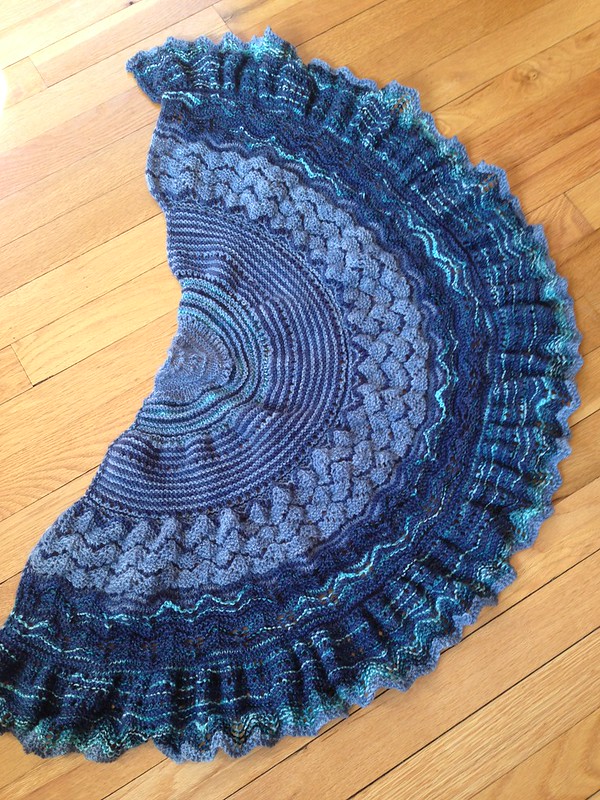 As for the Snowmelt shawl, this one got finished mostly because it was super easy knitting.  There was a little lace, but it was easy to follow and watch telly at the same time.  While knitting, I was a little unsure of how the multicolored yarn was going to look in the finished project, but despite my insecurity, I pressed on.  It turns out that I needn’t have worried.  There’s a little pooling, but it’s broken up pretty well with the pattern. 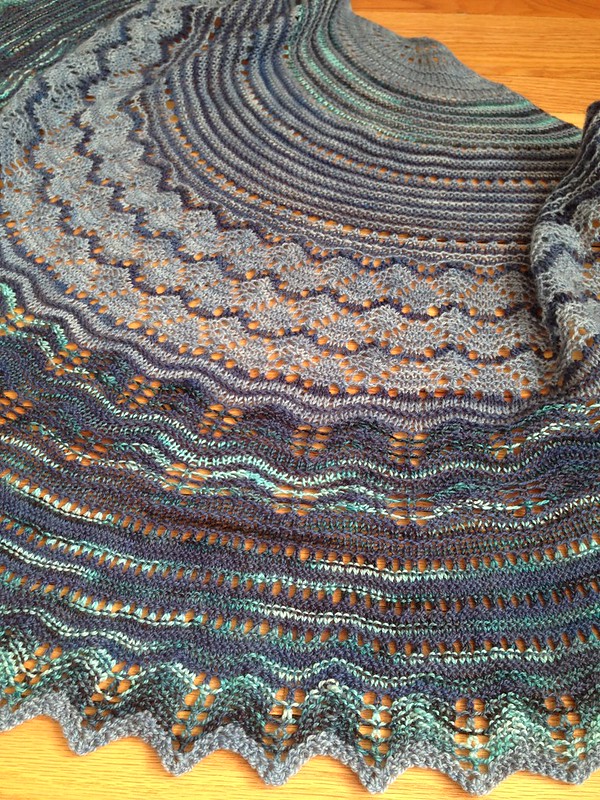 I cast on this project during our first Nor’easter in New England in early February.  It seemed fitting to block it while a second Nor’easter shook the house this past week. 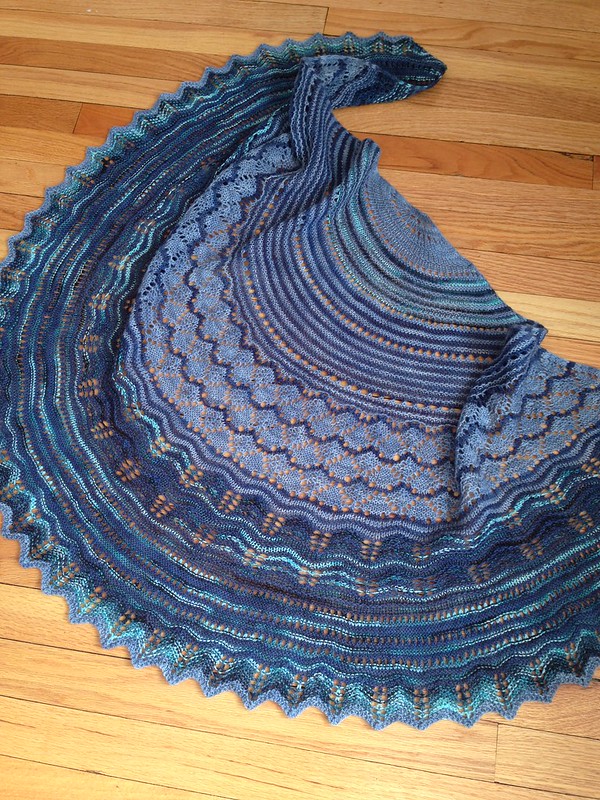 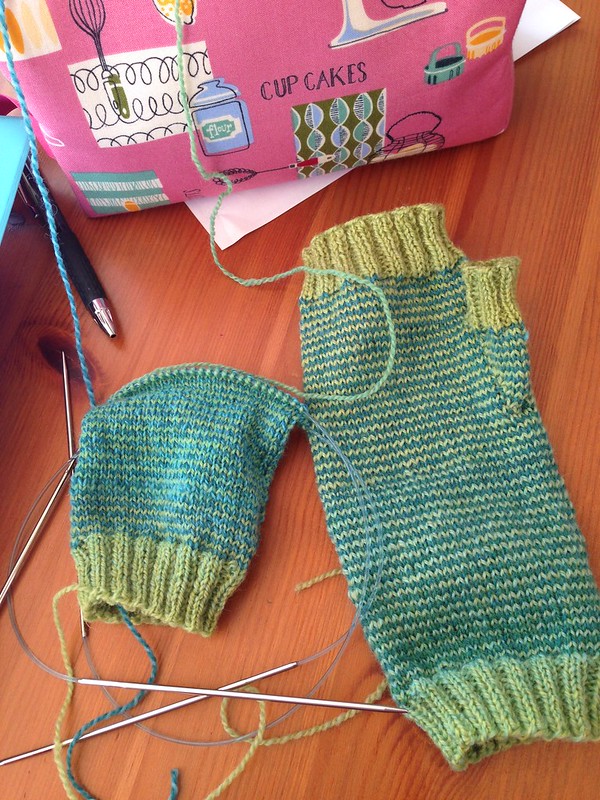 If you have never done Helical striping, I urge you to try it.  Here’s a link to a video.  There’s also some info in there on how to get all the patterns that go with the knit along. 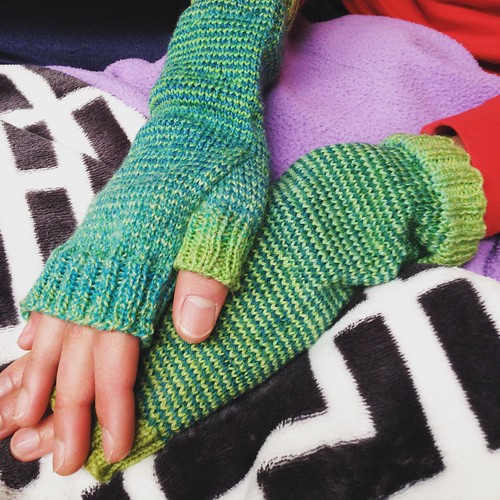 It took me about a week to finish the first set of mitts and I immediately cast on another, which says a lot about the compelling nature of the pattern and technique, since I almost never knit the same pattern twice in a row.  Plus, I had enough yarn leftover to make another set, so why not? 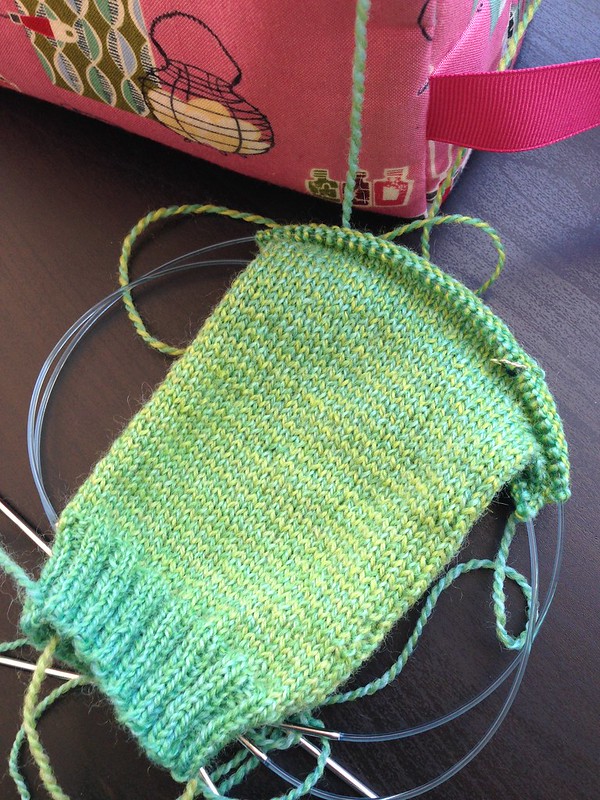 The return of the cold weather also drove me back to my old sweater project, Chartreuse.  I almost gave it up for the season when the temps were warm and I was dreaming of greenery all around me.  It did not seem likely that I would be able to finish it before the cold weather was gone for good.  I should have known better than to indulge in those daydreams.  So, I have picked it up again and after about a week’s worth of steady attention, it actually looks like a sweater now. 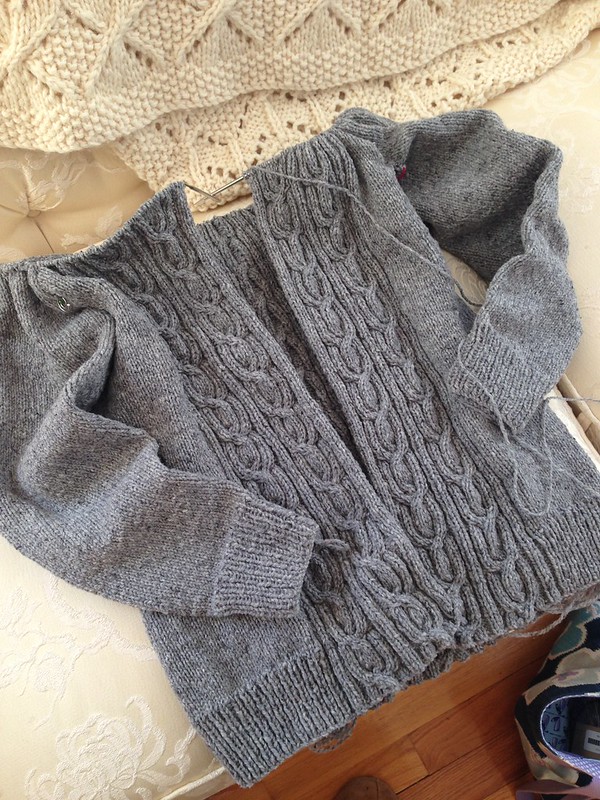 The chances that I will actually be able to finish this and wear it before the weather turns warm is pretty high now, I think.  As long as I don’t get distracted by something else… 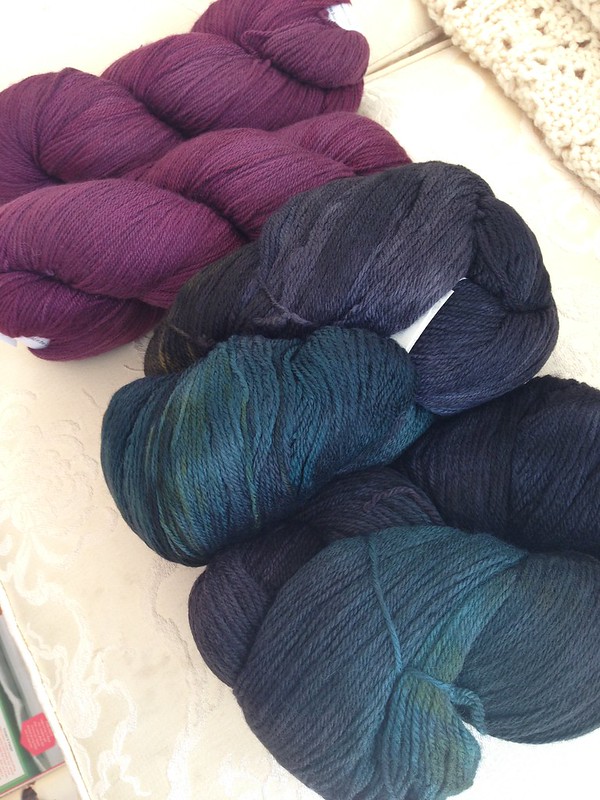