← No Spring in Sight
Greener →

This week we’re on spring break and, fortuitously, we are also having some springlike weather, finally!  On Saturday, opening day at our local ice cream place, it was still a bit chilly, but we went anyway because we love their ice cream! 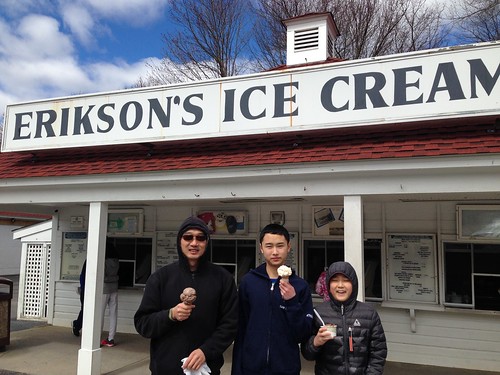 Thankfully, the next day was much warmer and it has been a little warmer each day since.  As per usual, I finished up a very warm and woolly sweater last week just as winter was gasping its last breath. 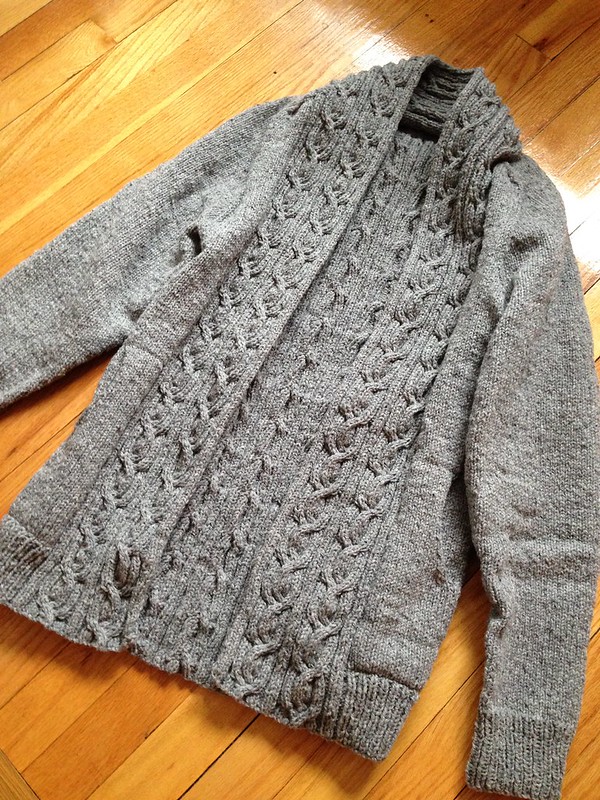 This is my new favorite sweater!  It’s warm and cozy, but also light and breathable.  I used Brooklyn Tweed’s Shelter yarn in the sweatshirt colorway.  I love this yarn so much that I am already plotting to make more sweaters with it.  Maybe one for the husband next? 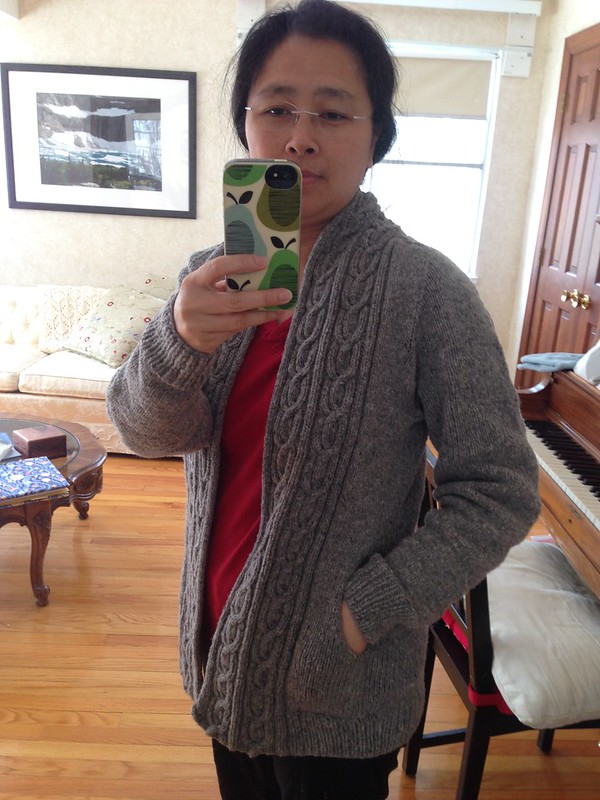 He is impressed with how light it is for its size and I agree!  It’s much lighter than most yarns, holds its shape wonderfully, and does not pill at all.  It’s a great yarn. 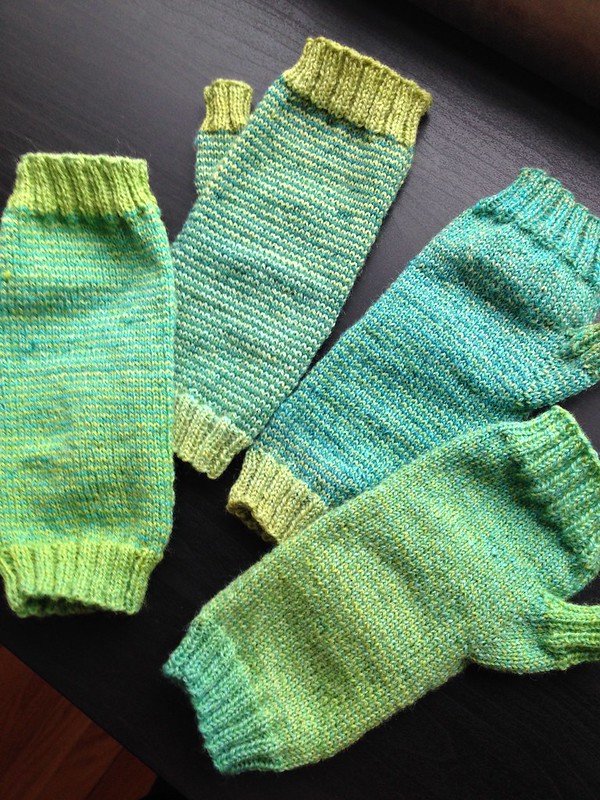 I also finished up my hyacinthus armwarmers from the A Year of Techniques series of patterns.  These were super fun to knit and I will definitely be using the helical stripe technique again, maybe in socks next time.  In the meantime, the year has moved on to intarsia. 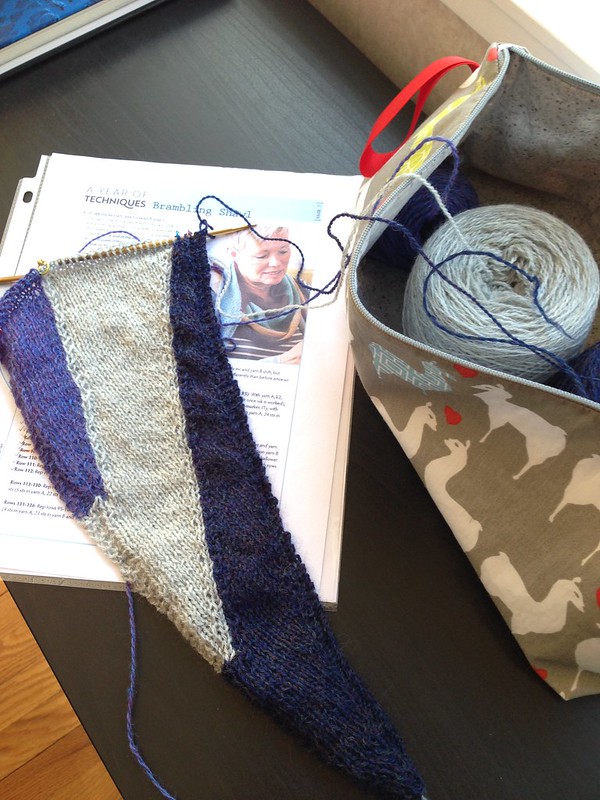 This is not my first time doing intarsia, but I have not always been happy with how my intarsia projects turn out.  My edges always seem a bit wonky.  This one is giving me lots of practice in the technique, so that is good, though I am not sure how well it will translate to other, more complicated patterns.  This project is a gentle introduction to intarsia, but one that is proving just as interesting to knit as the helical mitts.  It’s not a traveling project, though.  With multiple balls of yarn going at the same time on every row, it takes quite a bit of vigilance to not end up with a tangle. 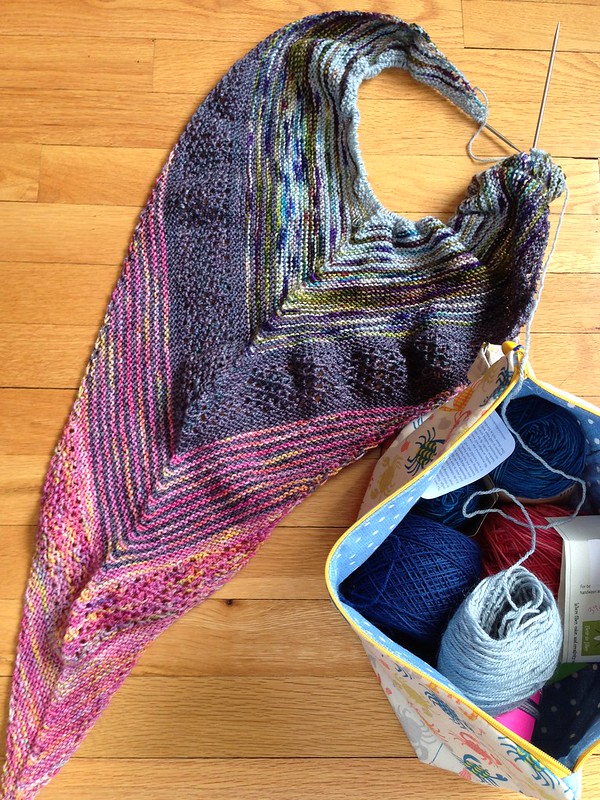 And for those moments when I want a bit more mindless knitting, I’ve started a Find Your Fade shawl.  This pattern caught my eye several months ago as a good one to use up odd bits of leftovers.  It’s a really popular pattern at the moment and I can see why.  It’s one of those compelling knits because it is not complicated, but at the same time, it’s kind of a mystery how your colors will all look together.  So you just keep knitting one more row to see what it looks like or to get to the next section. 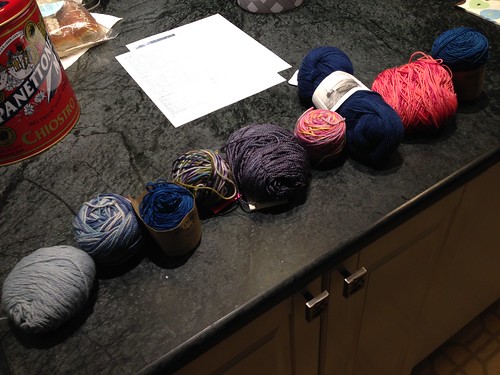 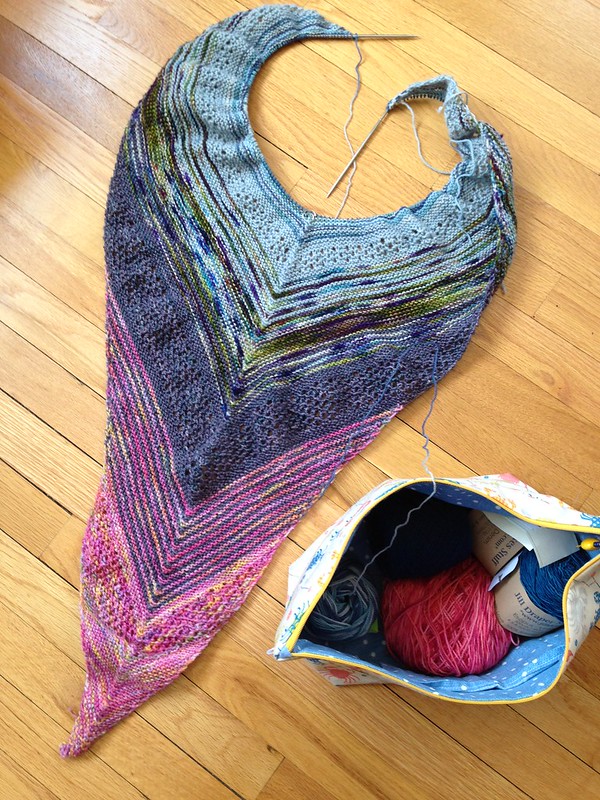 The finished size of this shawl is quite big–over 100 inches!  Soon, it will be hard to take a picture of the whole thing.  I’m just hoping it all comes together and looks good.   So far, I think it is blending fairly well, though I am not sure about those streaks of green.  There was a little more pooling happening there than I would have liked.  It’s just a little bit, so hopefully it won’t stick out like a sore thumb later.

I’ve also been doing a bit of baking, but I think I better save that for next time!

Posted on April 11, 2017, in Finished, Knitting and tagged a year of techniques, find your fade, shawl, sweater. Bookmark the permalink. Leave a comment.

← No Spring in Sight
Greener →