← Back to Reality
Trip Around the Garden →

Every year, when Fall arrives, I have the urge to drop all my summer knitting and start a whole bunch of new projects.  This September, the urge has been especially strong.  All through August, I faithfully worked on my light summer sweaters: Ivyle 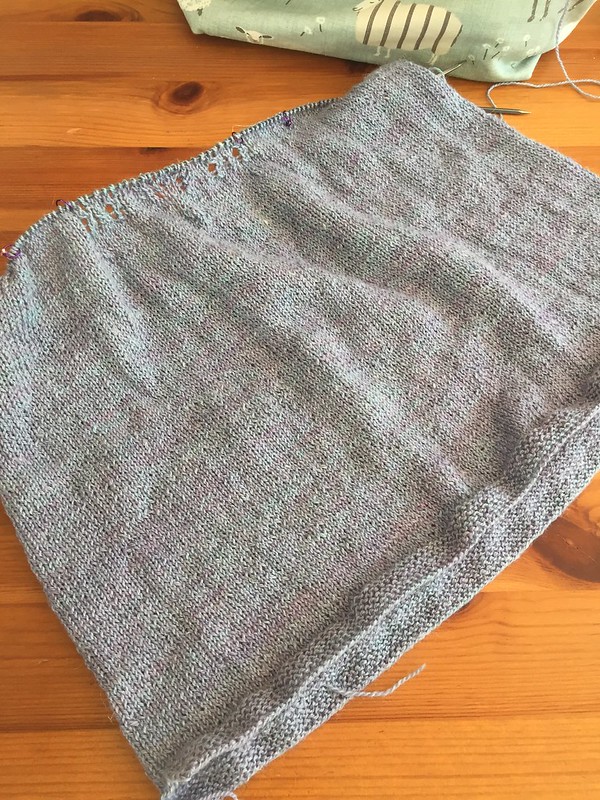 and Westbourne Kinu Love.  I stopped working on this one because I couldn’t decide if I wanted to continue the stripes down the arms or not.  Any thoughts or opinions would be welcome here. 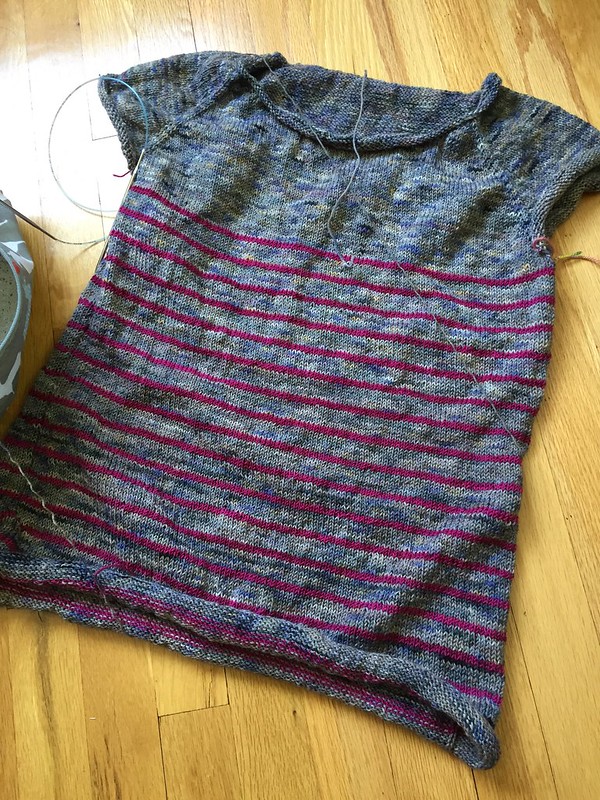 However, as soon as September 1 rolled around, I was casting on new things, on an almost daily basis.

First, was a Recoleta sweater by Joji Locatelli.  I didn’t get very far with this one yet.  It’s one that needs my full attention, so not a good one to knit at the end of the day when I am tired, which seems to happen most days now. 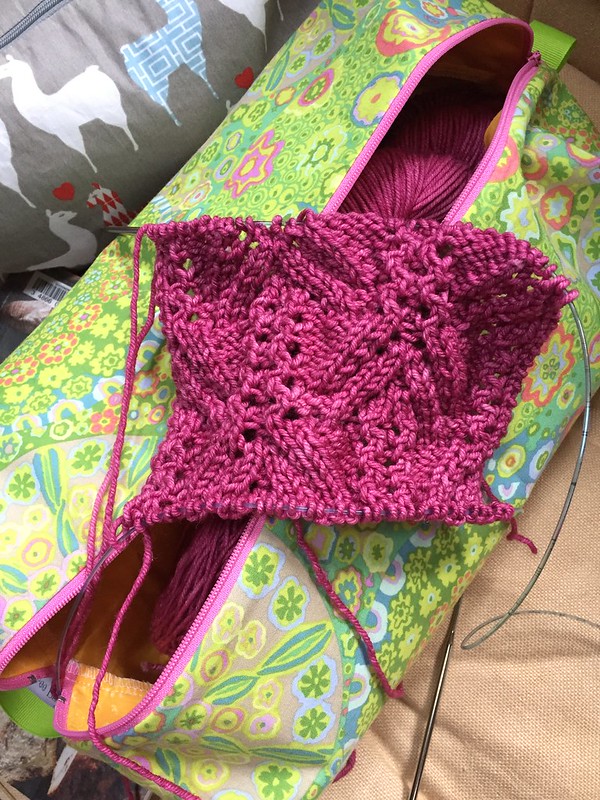 Then, Ysolda started her annual gifty knitalong, Knitworthy 4, and I felt compelled to cast on an Elska hat. 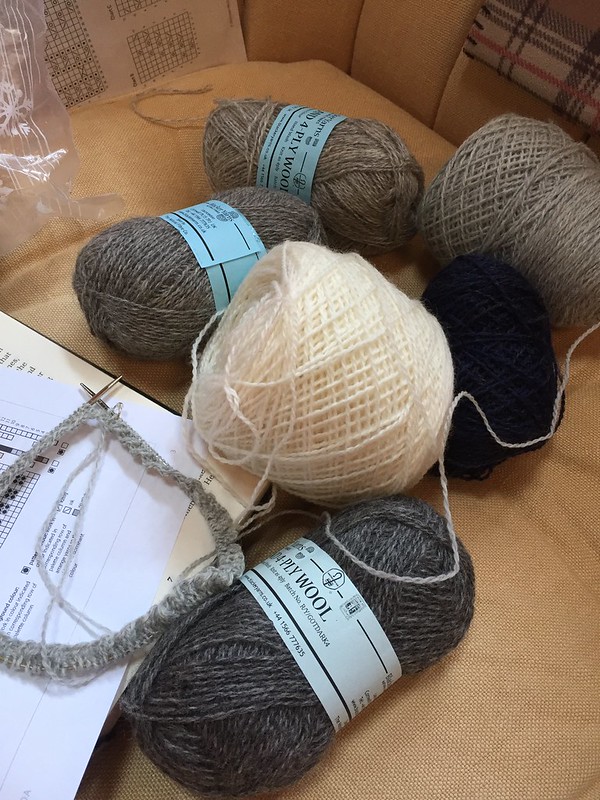 The next day, after a lot of stash sorting, I also started a What the Fade Mystery Shawl.  I am somehow strangely compelled by these knitalongs that use a lot of different skeins of yarn.  Part of it is that they are a great way of using up single skeins of yarn in my stash. 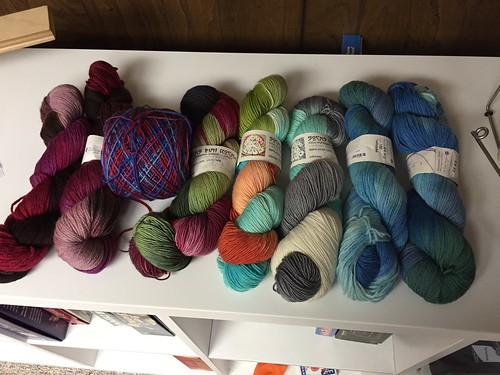 I got through clue 1 on this one when I discovered that I failed to do a couple of increases along the left side (a mistake that seems to be common among those knitting this shawl) and I decided to start over. 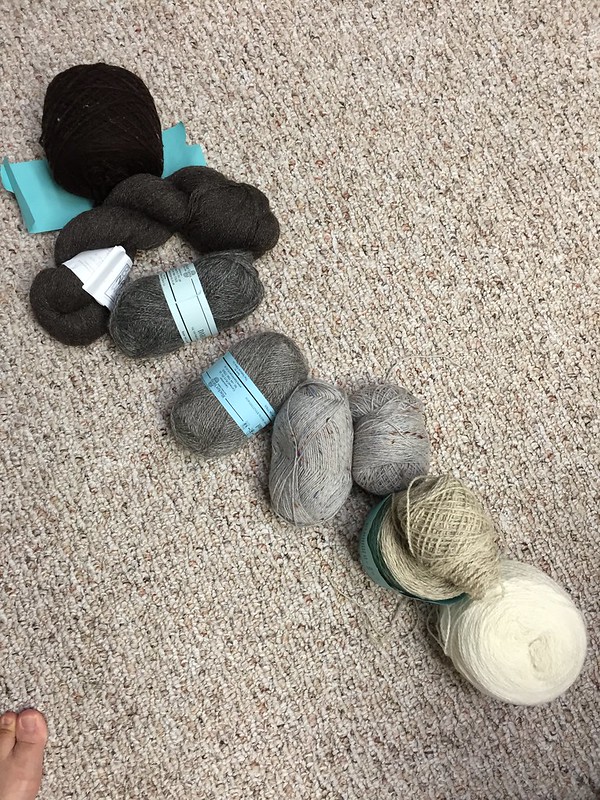 The second time, I chose more neutral colors because the first set of colors was not agreeing with me and I was afraid I would never wear it.

This is my first time knitting the brioche stitch and I have found that it is not as hard as I thought it would be.  There’s a certain rhythm to it that makes it interesting.  My only complaint is that since each row has to be done twice, the rows seem to take forever. 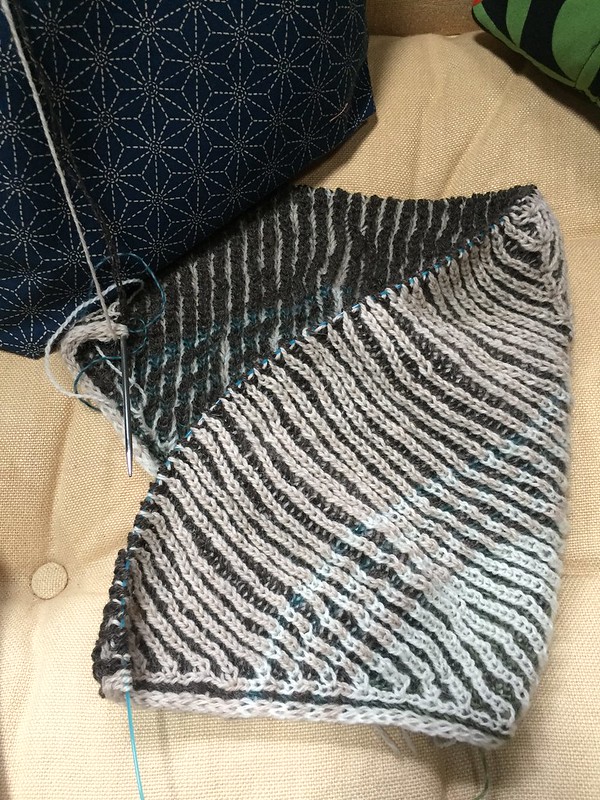 I’m not sure about this dark brown color on the back.  It’s a laceweight that I am using doubled and it seems a bit too heavy compared to my other yarns, but I am hoping that will become less noticeable as the shawl gets bigger.  Perhaps I will even leave it out in the rest of the shawl.

Sometime in there, I also started the September project with A Year of Techniques.  I thought this would be a great thing to knit while I was teaching.  It turns out, however, that I really don’t have a lot of time to knit during the school day. 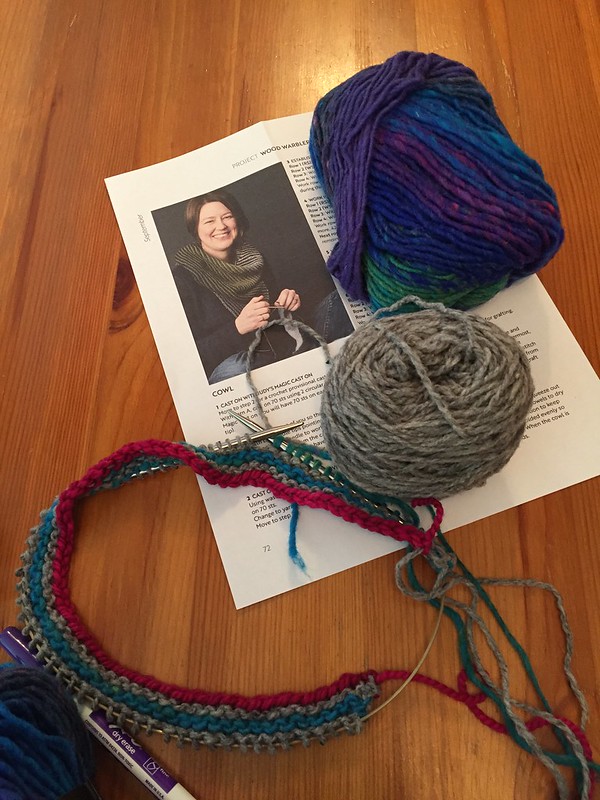 Then last Monday, the new Knitworthy 4 pattern came out, and I had to start that one right away. 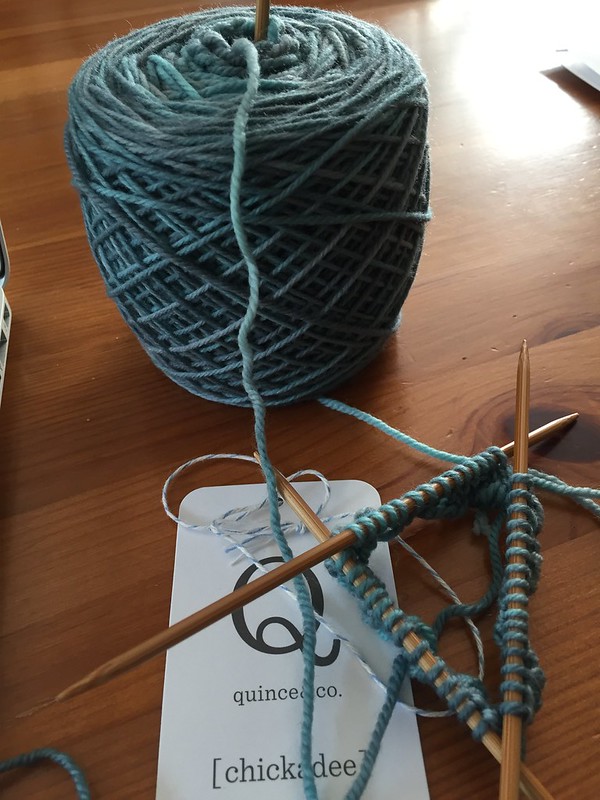 Unfortunately, that project suffered a little setback during which I had to rip out about 10 rows.  After moments like that, projects often lose their momentum and this one is no different.  It is languishing while I go on to knit other things, like this hat that I’ve had on the needles since May. 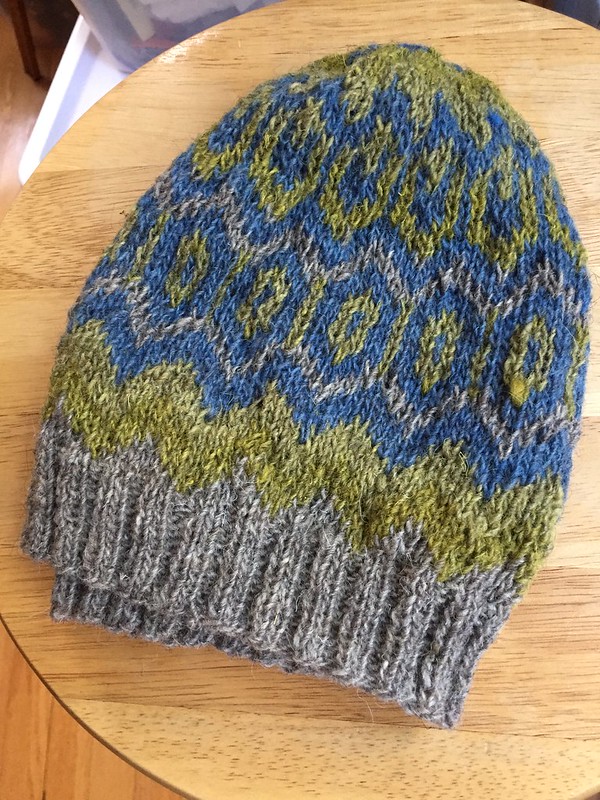 However, lest you think I never finish anything, both hats that I had on the needles are finished now.  Hats are such wonderfully quick knits.  Maybe I should just stick to hats? 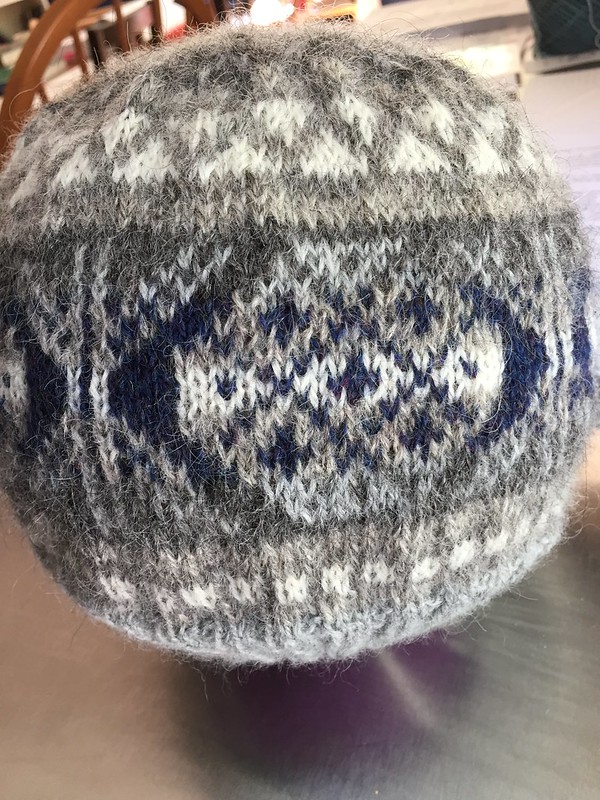 Oh, I don’t know.  I think it might be time to cast on a new sweater. 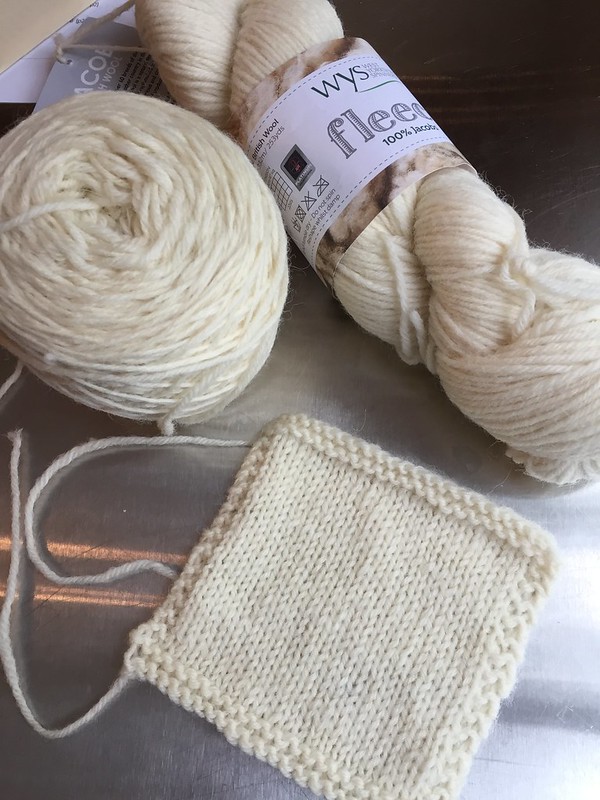 After all, I already did the gauge swatch and got the right gauge on the first try.  It’s almost like it is meant to be.

← Back to Reality
Trip Around the Garden →