Hello and Happy New Year to you!  I know I’m a little late saying that, but up until last week, I was still sick with that annoying bug that I had last time I was here.  It has been a long time since I was sick for that length of time and towards the end, I must admit, I was losing my patience with it.  Anyway, I am feeling much better now and really glad to get back to things that got neglected while I was sick.

The first is this Nor’easter sweater by Thea Colman.  I started this back in September with the goal of finishing by Christmas. 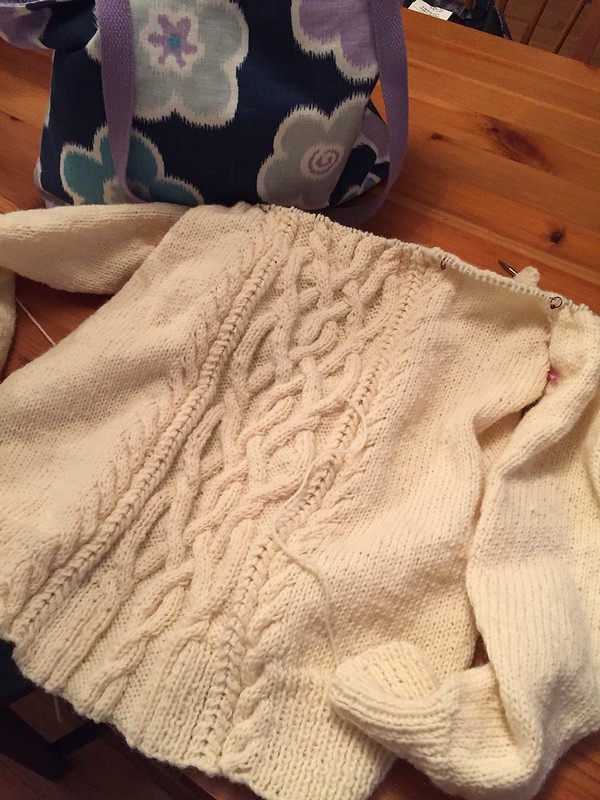 Well, it didn’t quite happen.  While I was sick, there were whole days that went by without knitting a single stitch of anything.  However, a week and a half ago, when we were expecting a big snowstorm, I pulled it out and decided to try to finish it.  I had the entire yoke and collar left. 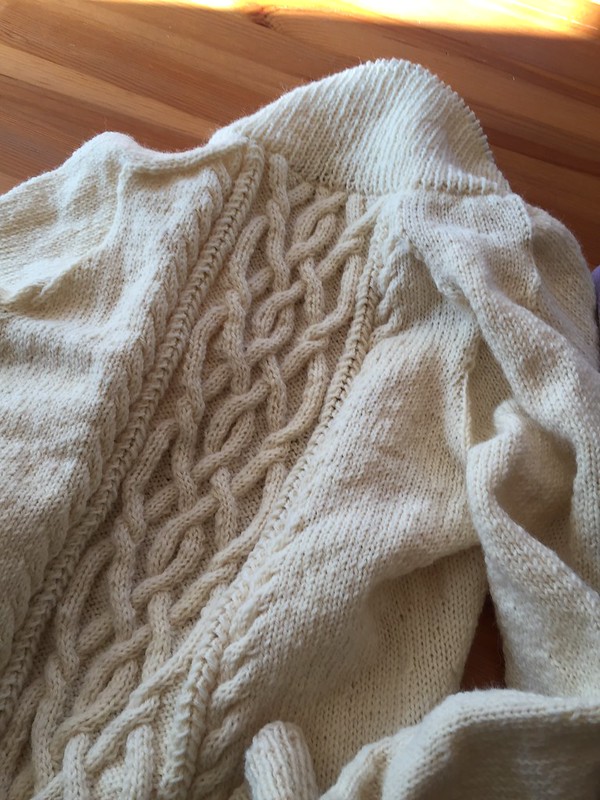 By this past weekend, I had made it to the collar, woohoo!

And now it’s all done, yay!  Well, almost.   There are a couple of things I have to do first.  First, I need to pick buttons. 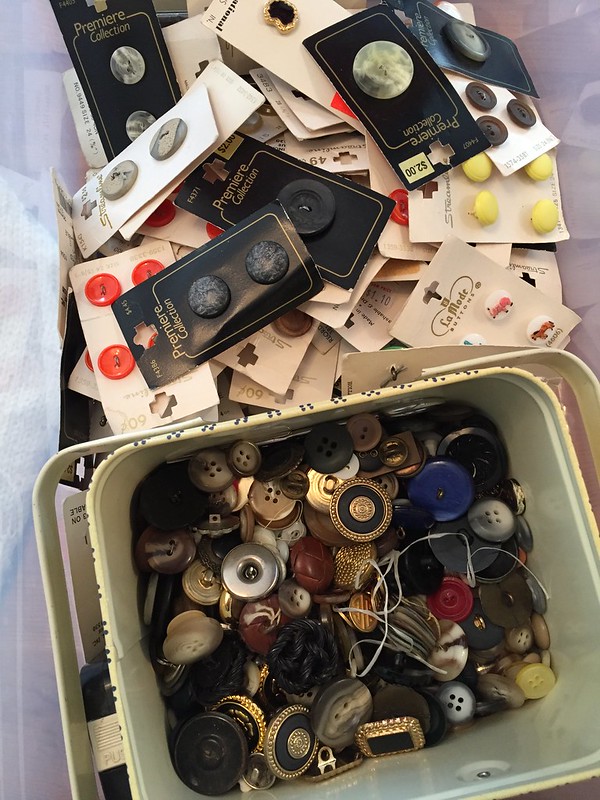 Awhile ago, I was helping a friend clean out her apartment for a move, and she gave me her entire button collection.  What a treasure trove!

After spending some time digging through them, I chose four options. 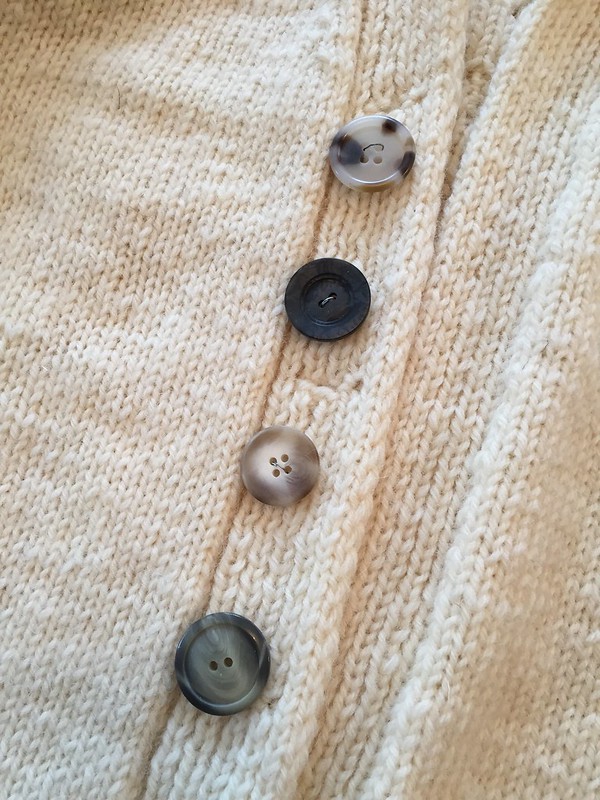 Which do you think?

There’s also a little problem with one of the sleeves. 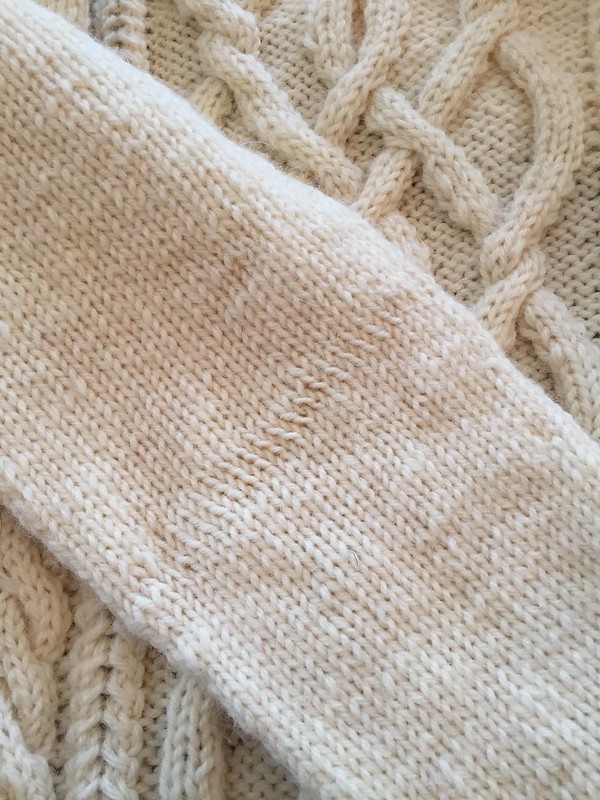 See that funny line of knitting in the middle of the sleeve?  The yarn went all weird and wiry there.  In true denial fashion, I kept knitting, thinking that maybe it would correct itself in the blocking.  As you can see, it did not.  So, my next plan is to do a duplicate stitch over that section because the last thing I want to do is rip out the sleeve.

After finishing the knitting on this one, I felt that maybe I could ride this finishing wave, and I got out all my other wintery sweater projects that are in progress. 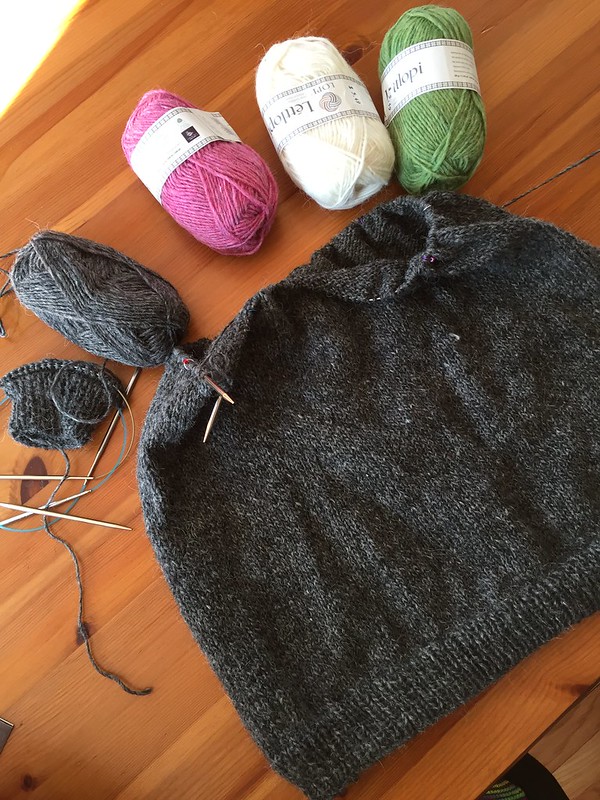 This is Strokkur by Ysolda Teague.  The bottom of the body is done and is awaiting sleeves to go on.  I also need to choose two out of the three colors in the photo to use for the colorwork yoke.  I think I’m leaning towards pink and white. 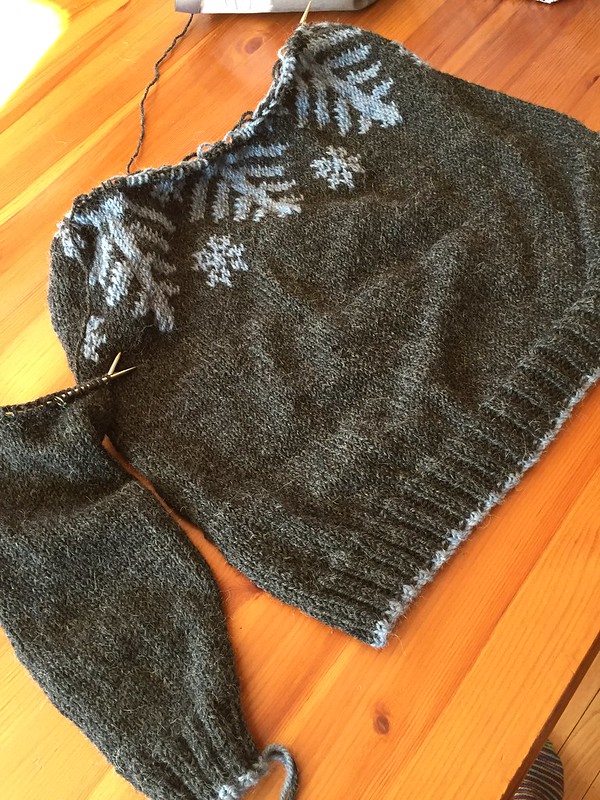 This is Boreal by Kate Davies, also awaiting sleeves in order to move on.

Do you see a theme?

I must really want a dark grey yoked sweater very badly, but I guess I don’t like to knit sleeves!  Well, we have another little snowstorm coming soon, so maybe I can use that to make a little more progress on one of these.

Or maybe not.  Because I have been into starting new projects lately.  More on these later. 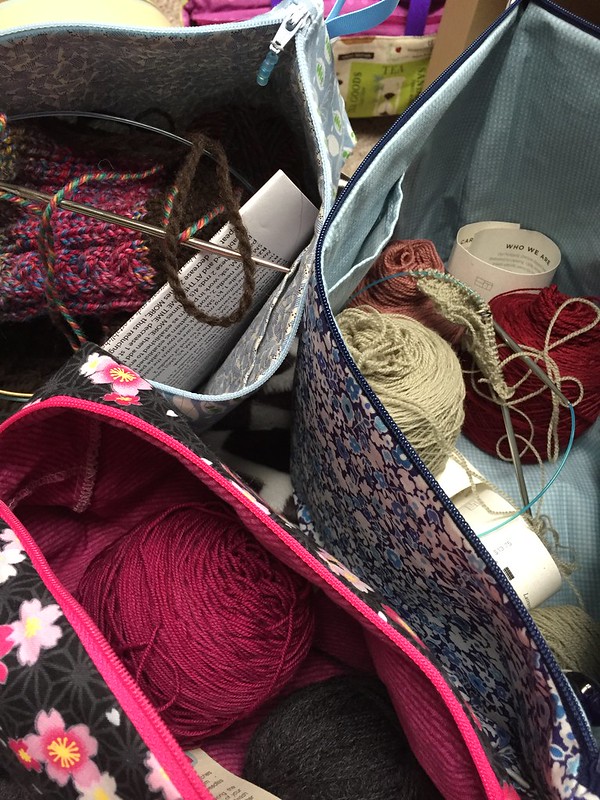