This post could also be titled, “Be Careful What You wish For”.  Last week, I was complaining about our lack of snow.  That night, as predicted, all that rain turned to snow and we woke up with a view that looked like this. 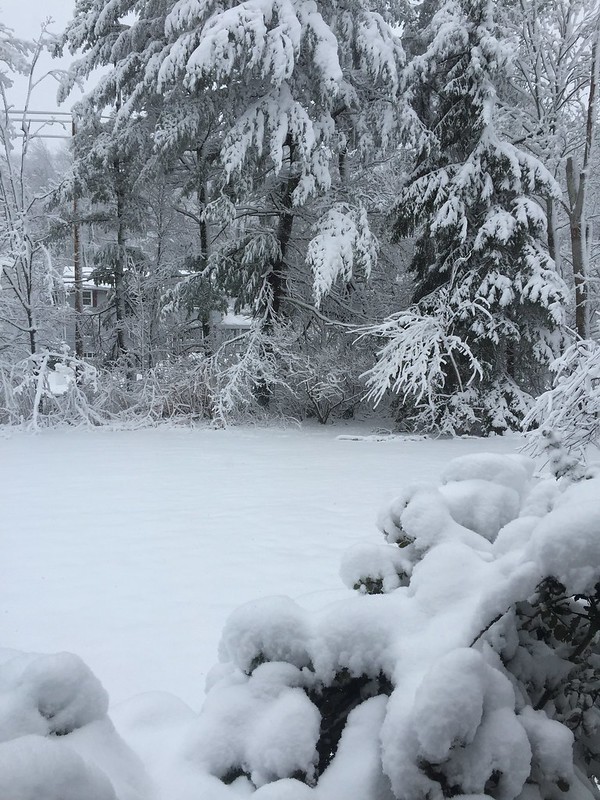 Unfortunately, we also woke up with no electricity.  We were one of thousands, actually, without power in our town, not to mention the state in which we live.  The storm took down countless trees and branches, so much so that it was difficult getting around because of road closures.  Fortunately, we got the power back after about 20 hours and though we lost a few branches off some trees, we have no major damage. 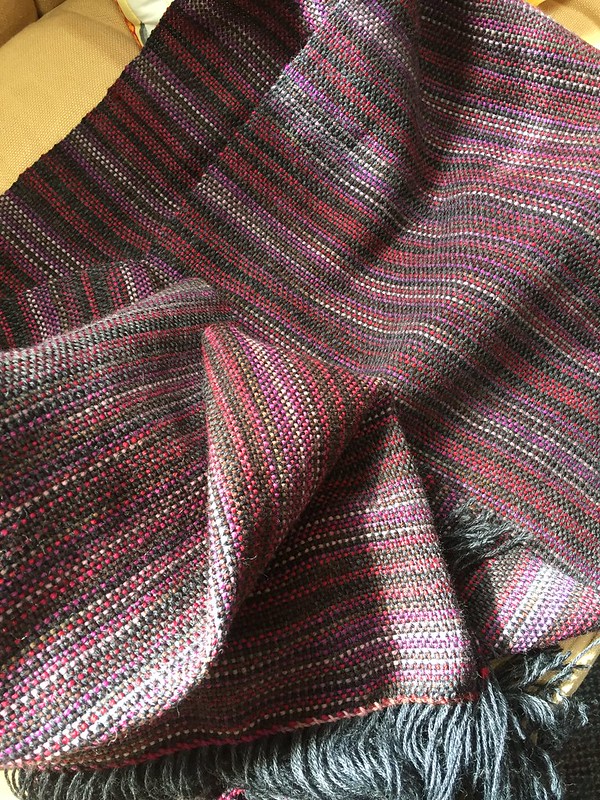 While our power was out and we were “off the grid”, I did some weaving and managed to get to the end of my warp.  I was a little disappointed because there was a lot of yarn leftover and I had hoped to use it all.  However, the piece itself was not really lacking in length.  I’m not really a huge fan of fringes, so I decided to try making a cowl out of this piece to see how it would look.  I used my sewing machine to sew together the ends, capturing the edges in a seam so that I could cut off the fringe.  Then, I convinced one of the boys to model it for me. 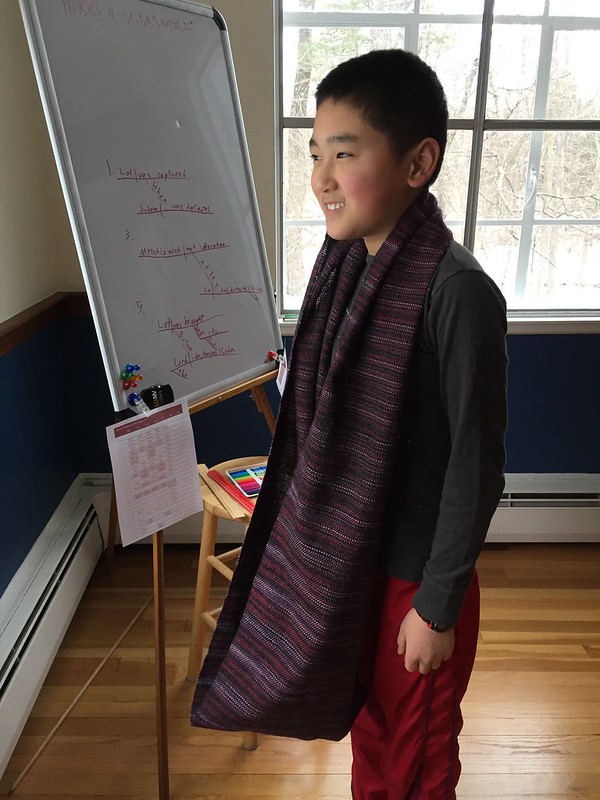 You can see how long it is here, but it wraps up nicely.  If I made it longer, it might be able to wrap around three times, but two loose-ish wraps is all I can get out of this one. 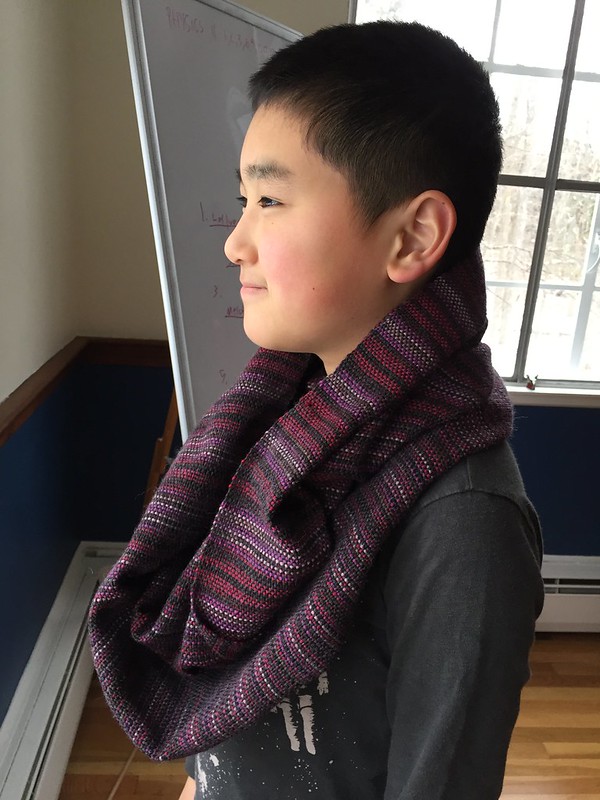 It’s quite wide, so there are actually a lot of ways it can be worn.  Here you can see it can be kind of like a hoodie. 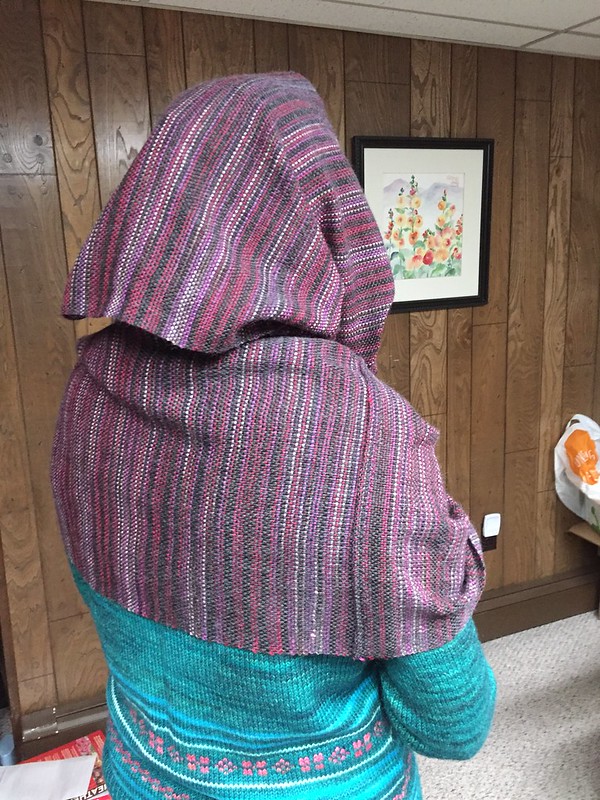 The husband said I looked like a character out of a Star Wars movie.  I don’t know about that!  Now, I would like to get started on another one, but I got a little distracted by a new knitting project. 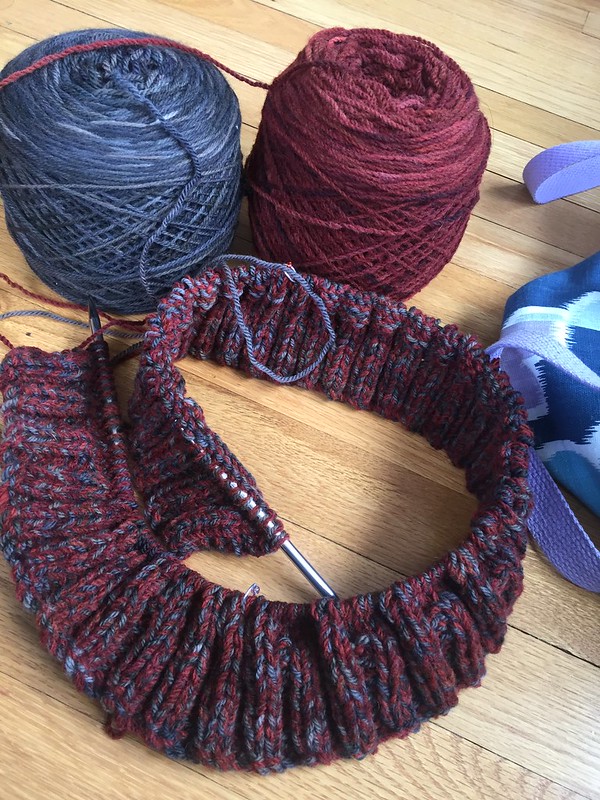 This is going to be a jacket sweater for the husband.  Lately, he brought a sweater home from work that I made for him years ago.  The sweater was in fine shape and just needed a wash, but I was unhappy with the way it looked. Over the years, I think my skills and style preferences have changed and I thought that sweater could use a replacement.  After all, he wears it almost every day at the office, which means EVERYone he works with sees it.  I know that really it’s fine and he likes it, but I no longer like it, which means it needs to be replaced, right?

Anyway, every time I look for a sweater to knit for the husband, I find that there are very few out there that I really want to make.  Plus, I was having some stash problems.  I tend to buy yarn in sweater amounts suitable for me, and even though I always buy a little extra, that little extra is usually not enough for a men’s sweater.  Then, taking some inspiration from my recently finished Carbeth, I thought to combine two yarns to make a chunkier weight, which would in turn require less total combined yardage for a sweater.  Yay!  And to solve to pattern problem, I’ve decided to make it up as I go along.  I did a quick gauge swatch and just dove right in.  I think I will call it the Skylar jacket since I started it the day before we were hit with winter storm Skylar. 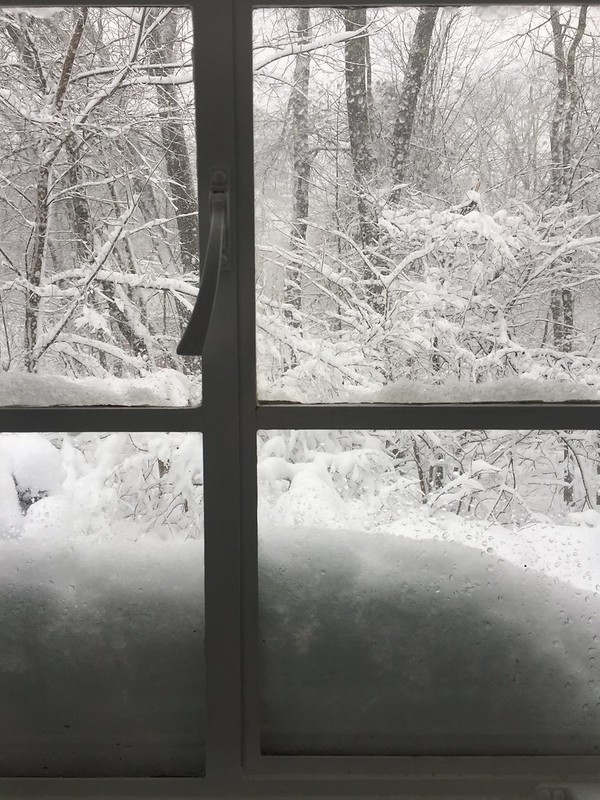 This time, thankfully, we did not lose power, so I was able to knit comfortably, cook a yummy dinner, and bake some cookies. 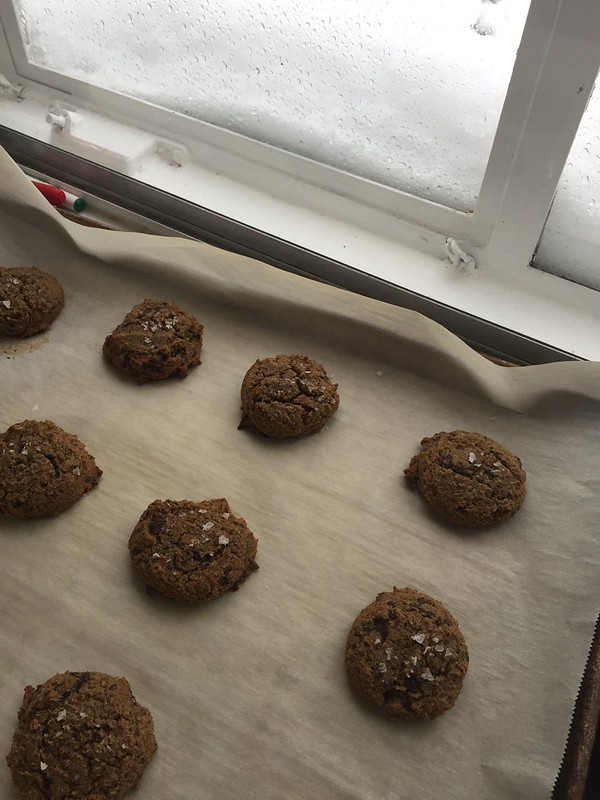 All activities that make up a perfect snow day. 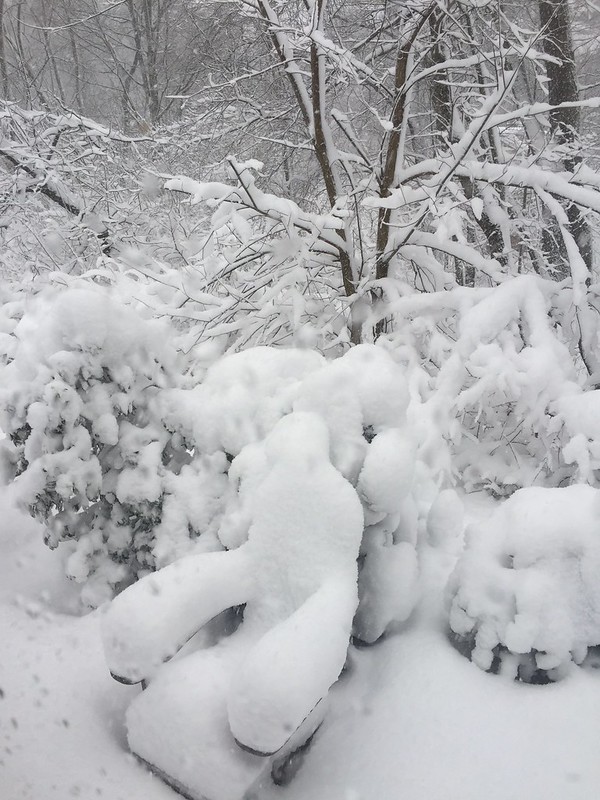 Spring is supposed to be just a week away, but that seems rather unlikely, doesn’t it?  That’s ok by me, though, because this view is pretty nice. 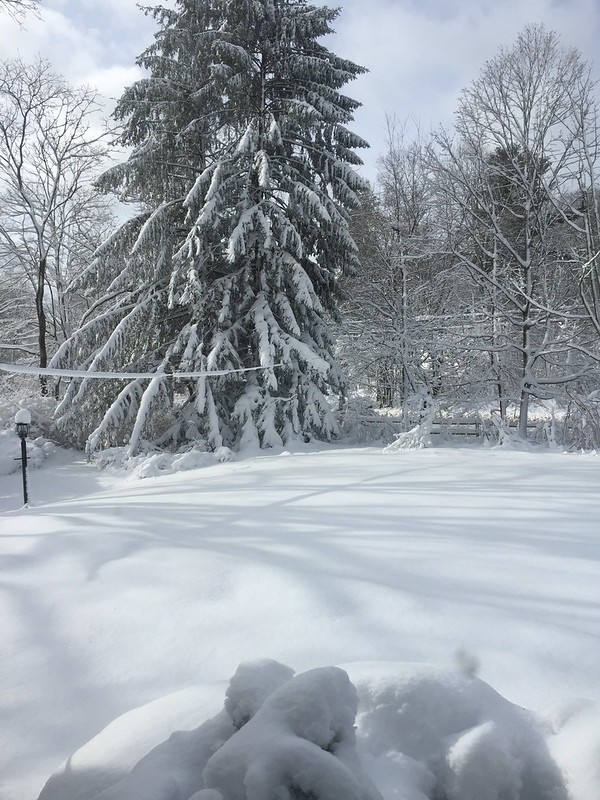 And I have an excuse to keep working on my chunky sweaters.