One Cool Day at a Time

So far, this has been a really hot summer.  We were told when we moved to New England that it is normal here for houses not to have central air conditioning.  Why install an expensive air conditioning system when it will only be used for a few weeks out of each year?  Well, all I have to say is that we have most certainly wanted/needed air conditioning for more than a few weeks so far this summer and the summer is far from over.  Although we have some window AC units, we are not able to cool every room in the house with them which means some rooms are pretty much being unused during the hot days.  One of those rooms contains my sewing/quilting supplies.  As a result, even though I usually sew quite a bit over the summer when our daily schedule is lighter, I have not been sewing much lately, except on days when the temps don’t reach 80 degrees.  Those days have been few, but with much relief, we have had several this week.

This past weekend, as soon as the highs dipped below 80, I started sewing.  Right now, I am working on getting caught up with Amy Gibson’s Sugar Block Club.  She releases one block pattern a month.  I abandoned the project back in March when the kitchen renovation took over our lives.  Here finally is April. 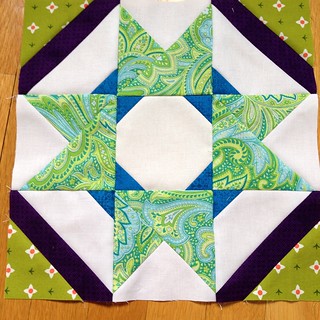 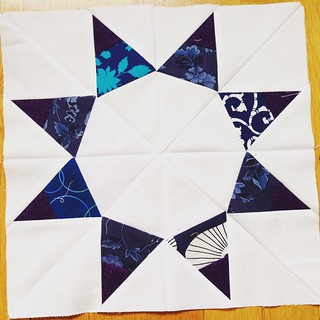 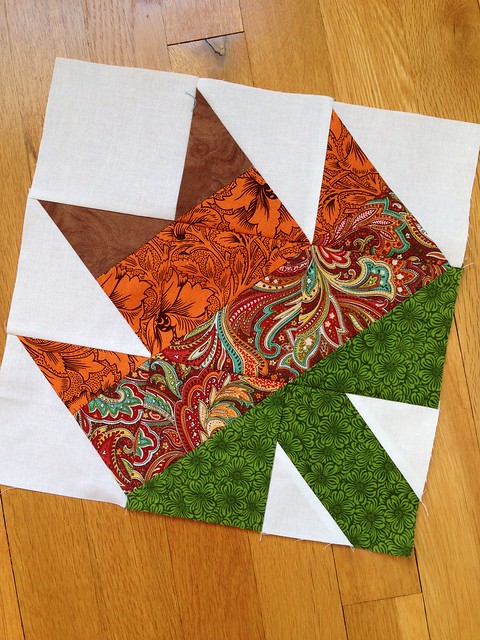 And today I finished July. 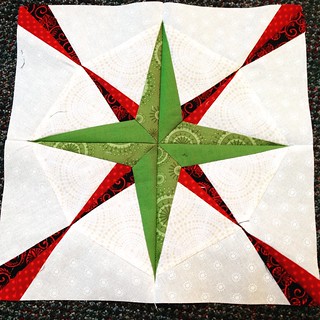 My goal is to combine these blocks with the blocks from her free Craftsy Block of the Month class from 2012 to make a new Queen sized quilt for the guest bedroom.  As long as the weather is cool and my schedule stays uncluttered, I’ll be attempting to make a block a day until I am caught up.  The blocks are fun to make and there is a good deal of variety, so it does not get boring.  I also like the scale of the blocks.  They are not so small as to be fiddly, but also not too big and cumbersome.  I’m trying to use scraps as much as I can as I feel they have been getting out of control lately.  Hopefully, this will not make them look odd together? 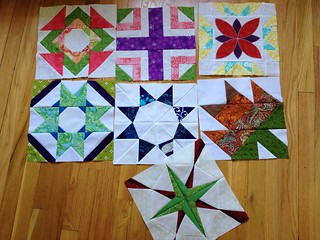 Of course, the forecast is calling for another hot spell, so I’ll have to find something else to occupy my time for a few days.  Maybe this will help. 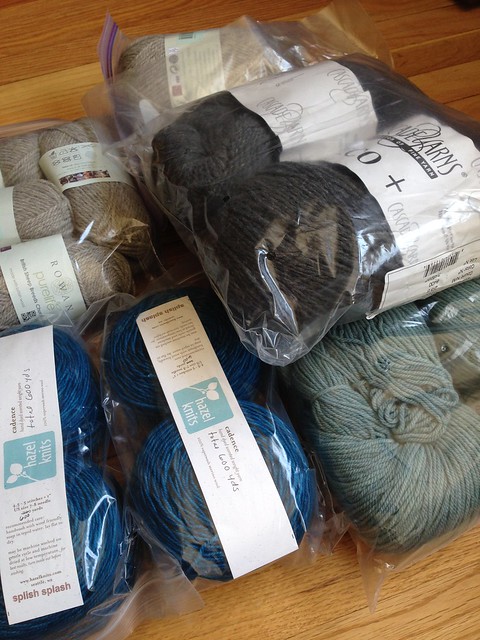 There are two days left to decide what I am going to knit during the Olympics and as usual, I am in the throes of indecision.   Should I knit a sweater, a shawl, or socks? It has to be easy enough to knit while watching the Olympics, so I dug out all my worsted weight and chunky yarn, but now I am concerned that it will be too hot to knit something chunky in August.  Maybe a lace shawl would be better?  But lace can be complicated and the last thing I want is to lose my place in a chart while watching the swimming finals.  I could just knit plain socks and see how many I can churn out over the course of 17 days.  I did this with mittens four years ago.  Hmm.  The only thing I know for sure is right now is that I will be casting on something new during the opening ceremonies on Friday.  What about you?  Do you knit or craft while you watch tv?